Exploration is in our nature. We began as wanderers, and we are wanderers still. We have lingered long enough on the shores of the cosmic ocean. We are ready at last to set sail for the stars. Carl Sagan’s words could not explain any better how I feel about this expedition. You see, as a little kid I dreamed of becoming an astronomer. The call always felt like the mesmerizing song of a mermaid. Little did I know that my path would take me so far – and yet so close – to my childhood dreams. Taking a 3000+ meter leap into the deep ocean is exactly like space exploration: what awaits at the bottom of the ocean is the most bizarre collection of highly adapted organisms, the kind we might encounter one day with our exploration robots in a distant planet. This is amazing.

My lifelong science interest is understanding how the Earth works and, ultimately, trying to keep the Earth a healthy system. I have always been fascinated by volcanoes and the liberation of thermal energy from the Earth’s interior. Heat (energy) and temperature are fundamental to many Earth processes that control its internal dynamics.

Moreover, energy is at the cornerstone of human development. Firewood and coal provided early humans with the means for cooking raw foods and kept them warm in winter. Then steam, oil, and natural gas propelled the development of new technologies with which we have reached the remotest places on Earth and the edge of the Solar System. However, environmental problems associated with their use began to appear at the beginning of the 20th century in the form of soaring temperatures worldwide, which is becoming critical in the 21st century. One of the ways to solve this contradiction is searching for new, clean energy sources like solar, aeolian (wind), and geothermal.

Geothermal is a kind of sustainable energy that when developed properly can be a renewable energy source as well. Geothermal comes from the Earth’s hot interior. On land it can manifest in the form of volcanoes, fumaroles, geysers, hot springs, and steaming ground – among many others. We can extract energy from them by circulating steam through turbines or heat exchangers to generate power. These manifestations, as well as new ones, can be found also on the seafloor. One new type not found on ground are hydrothermal vents. This is exactly the kind of thermal manifestations that other scientists and I aboard the Falkor are studying here in the southern Gulf of California. 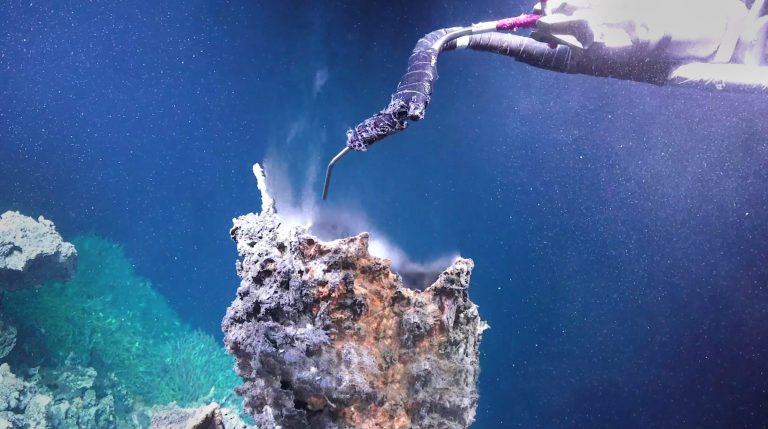 The possibility to extract power from the deep ocean is not feasible right now. First, we need a sound understanding of the amount of the energy being released by these geological structures and the nature of their plumbing system. We also need to assess the impact of heat mining on the highly specialized ecological niches that flourish around them. This is precisely our job aboard the Falkor.

So far, we know that using a conservative value of an overall efficiency factor of 20%, we can extract 15 MWe (Electric output of a power plant). This is just for one hydrothermal vent. It is enough energy to cover the electrical demand of 15 000 households. If we consider that other surveys carried worldwide have found hydrothermal vents are ubiquitous features of the oceans, it turns out that vast amounts of energy readily available have been hiding nearby all along.

More research is needed in the immediate future: we need to overcome the challenges of extracting energy from deep sea or face the consequences of our current technologies. In my opinion, considering the energy throughput of these geological systems, the risks are worthwhile, especially when considering geothermal energy onshore is costly and not entirely clean. 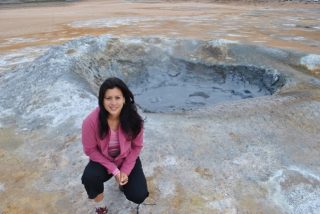