In 2015, new hydrothermal vents were discovered in the Gulf of California during a research cruise led by the Monterey Bay Aquarium Research Institute (MBARI). New vents are always an exciting find, but this new Auka vent field boasts a particularly intriguing combination of carbonate chimneys, hydrothermal petroleum, diverse vent fauna, and a deep ocean setting (>3500 meters). We are embarking on a cruise to investigate these unique vents, as well as to explore the still-mysterious surrounding area. (Pssst – We think there might be even more vents!)

Hydrothermal vents are an oasis in the nutrient desert of the ocean. Basically underwater hot springs, they are places on the deep seafloor at which seawater is re-emerging after a journey through the ocean crust, seawater that has circulated down through cracks in the ocean floor near underwater volcanoes. The heated seawater arrives back at the surface carrying dissolved minerals from below, and as it meets the cold, deep ocean water, a whirlwind of mixing and mineral precipitation occurs. Between the extreme temperatures, deep-ocean darkness, and toxic chemicals, this hardly sounds like a good place to look for life. Yet, in the late 1970s diverse communities of organisms were discovered living at hydrothermal vents; a shocking discovery that revealed life existing without the energy of the sun. This discovery of chemosynthesis (as opposed to sun-driven photosynthesis) fueled an explosion of exploration, as scientists searched for more life making a living in places we did not previously think possible. The life near hydrothermal vents can seem alien to our terrestrial eyes, and in fact, studying vent communities is changing the way we imagine where we might find life elsewhere in the universe and what the origin of life on Earth may have looked like.

Interdisciplinary Investigation
Our cruise is bringing together an interdisciplinary team of scientists and engineers to investigate the formation, structure, and ecology of the newly discovered vents. The first leg of the cruise is dedicated primarily to mapping and imaging the newly discovered vents, while also exploring the surrounding seafloor area. By using shipboard sonar, an Autonomous Underwater Vehicle (AUV), and Remote Operated Vehicle (ROV) tethered to the ship, we will map the seafloor at increasingly smaller scales.

We are eager to deploy a state-of-the-art mapping system developed by MBARI which will use photo mosaics, multibeam sonar, and submarine LIDAR to map the Auka vent field in unprecedented centimeter-scale detail. The maps and images will allow our team of biologists, geologists, and geochemists to better understand how the geology and geochemistry of the vents affect the distribution and life habits of the biological vent communities. The maps will also prove immediately useful during the second cruise leg when our biologists and microbiologists will focus on exploring and sampling the vent community fauna.

New Life
The unique biogeochemistry of the new vents has our biology team quite excited. The larger organisms of vent communities, tube worms for example, rely on their relationships with microbial symbionts to survive the extreme conditions in which they live. Microbial communities, in turn, are reliant on the geochemistry of their environment. The unique geochemistry of these vents thus has our biologists excited to discover new ecological relationships and maybe even new organisms! The new high resolution maps along with our sampling efforts will allow our geologists, chemists, and biologists to broaden our understanding of the many ways life can find to exist here on our own planet Earth.

We hope you’ll follow along with us as we explore the hydrothermal vents of the Pescadero Basin! 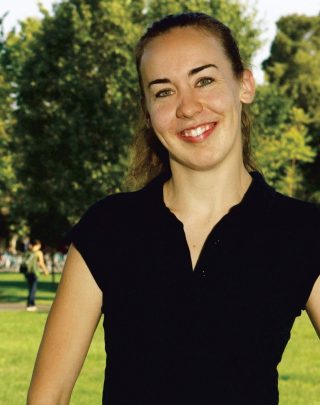