I remember well having watched the movie “The NeverEnding Story” when I was only a teenager. At the time, I was only that: a teenager with a volatile mind who did not seemed to have grasped the inspiring message hidden deep inside it. That has changed during the course of this expedition. Written in big letters on an inside corridor wall on the R/V Falkor is an excerpt from the book on which this movie was based, which says: “Sometimes the house of change will have its little jokes, and then the rooms are suddenly reversed, the floor on top and the ceiling at the bottom, that sort of thing. But it is only being bumptious and it stops when I give it a piece of my mind. All in all, it’s a very well behaved house and I feel very comfortable in it. We have good laughs together.”

That is right, I thought when I read it. Life itself could be – metaphorically speaking – the house of change in which every one of us lives in, whereas the jokes, well, these are the ups and downs in everyone’s life. Though sometimes we struggle in coping with changes, the key is not to resist them but to accept them. After all, nothing in the house of change is permanent, right? What does anything of this has to do with our expedition, you might ask?

Well, many things in this ship are named after the characters of The NeverEnding Story. From the vessel Falkor itself, the remotely operated vehicle SuBastian, to the jet-drive boat Auryn, these leading characters are now involved in a NeverEnding Quest in Modern Ocean Exploration. This time we are studying and mapping in an unprecedented millimeter scale resolution at a very peculiar hydrothermal vent field located in the southwest corner of the southern Pescadero Basin in the Gulf of California. The opening of the gulf initiated when the Baja California peninsula began to rupture away from mainland Mexico around 12.5 million years ago. Today, the Gulf of California is a leading example of a transtensional plate boundary characterized by an array of en-echelon transforms faults connecting a series of pull-apart basins.

A distinctive band of seismic activity along the entire gulf axis confirms the shearing between the Pacific and North American plates.

The Pescadero complex is comprised by two strongly asymmetric pull-apart basins resulting from the combination of right-lateral shearing and perpendicular extension along a series of right-stepping transform faults.

This type of deformation, referred as transtension, is the mechanism responsible for the ascent and injection of hot molten magma across the thick sedimentary cover that fill the basins. Magma intrusions (or sills as they are known) provide the heat energy that ultimately drives the hydrothermal processes that we see in the surface. With the data collected from this expedition, we expect to learn more on the interrelationship between transform faulting and seafloor spreading in the southern Gulf of California. In time, we anticipate to build a model for the sedimentary and tectonic evolution of the Pescadero basin. This model will reveal, step by step, the series of changes through which this small corner of our planet has gone through. Our planet also changes! 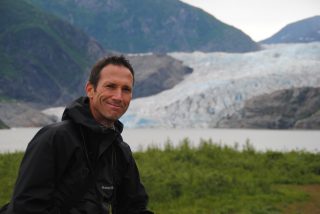