It is an thrill to be back working in Pescadero Basin! I was part of the MBARI team in 2015 that discovered the hydrothermal vent field in the southern-most and deepest of a series of basins in the Gulf of California. This vent field was named Auka for the word used as a greeting by many tribes on the Baja Peninsula that otherwise spoke different languages. The chimneys in this field are unusual in that they are composed of calcite and anhydrite rather than metal-sulfides like most mid-ocean ridge hydrothermal systems. The dominant animals living in this field are different as well.

As we worked through the data collected by the MBARI Mapping AUV and analyzed samples taken with ROV Doc Ricketts, deeper questions emerged about this unusual place. Some we could address if we looked back at the data with the new questions in mind. But we developed a long list of things that we couldn’t answer – over and over again we asked ourselves, “If only we could go back and collect more”; “We don’t have enough evidence yet to answer that”;  or “What did we miss?”

Well, fortunately here we are! We have brought the AUV back with us so we can expand our 1-m resolution map coverage. We also mounted a newly-developed survey instrument package for the ROV SuBastian to map the area of active venting at cm-scale resolution with three different technologies (sonar, laser light, and stereo photography). After that mapping was completed, we changed out the payload of the ROV to have compartments to stow rock samples and to carry specialized bottles for collecting high-temperature hydrothermal fluids. When the ROV isn’t diving, we are mapping larger areas at about 60m resolution with the ship’s hull-mounted multibeam sonar system, which can not resolve details such as chimneys, but can help define the regional geologic structure.

One of the geology-related questions we had not been able to answer was about the source of heat driving convection of the high-temperature fluids in the Southern Pescadero Basin. Lava intrusions and magma chambers are the usual heat sources elsewhere on the global mid-ocean ridge system. However, there were no surface lava flows or rock outcrops apparent in the 2015 map. If there was not volcanic activity, Pescadero would be considered an amagmatic basin, where the tectonic plates are being pulled apart but lava has not risen to fill the gap. That kind of scenario is fairly unusual in the deep sea. On this expedition, an AUV survey in the Northern Pescadero Basin revealed lava flows and on ROV SuBastian dive 190 there the next day, we found outcrops of lava. That confirmed for us that the northern basin is indeed like other spreading ridges and must have a magma chamber beneath the axis. Then, amazingly enough, on dive 192 back in the Southern Pescadero Basin, we collected talus resting on thick sediment below a cliff that turned out to be lava. Mystery solved!

Another question is whether there are more chimneys in the basin than the one lonely and quite unusual field we found in 2015, and if so, are the fluids and deposits similar? This is related to whether the heat is from a regional source or smaller, isolated sources. Separate sources might have different temperatures and chemistries, diversifying the composition of the resulting chimney deposits and biogeochemistry and ecology of the biological communities. On SuBastian dive 191 we explored a new chimney field south of Auka we had found in AUV mapping data collected a few days prior. We discovered that the new chimneys and animals were similar in appearance as those in Auka and the fluids had approximately the same temperature, which suggests the heat is supplied by the same source and the interactions with rock and sediment that the hydrothermal fluids experience are similar. We collected fluid samples to be analyzed on shore, and those analyses will tell us more about the geochemistry of the hydrothermal system. As for the biology-related questions, the thorough mapping we did on the first leg of the expedition will provide base maps and reconnaissance to assist the biologists on board for the second leg.

We have been very lucky with the weather, especially given that the area was pummeled with hurricanes just a few weeks ago. It has been gorgeous: the sailor’s blessing “Fair winds and following seas” got bested to this scientist’s delight by light breeze and glassy calm. We are grateful to the Schmidt Ocean Institute, the Captain and crew of the R/V Falkor, MBARI, and the David and Lucile Packard Foundation for this opportunity. Thank you! 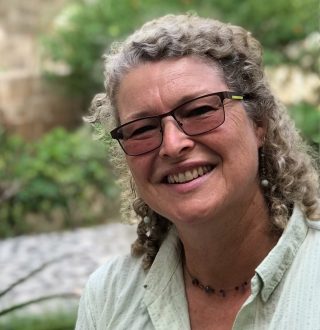