First impressions do not always turn out to be right, but they stick with you. I remember my first impression of the Auka vent field when, using the Monterey Bay Aquarium Research Institute (MBARI) submersible Doc Ricketts, we discovered this hydrothermal field on April 12, 2015. Thanks to the internet, one can still go back and read the blog I wrote about that day on the MBARI ship the R/V Western Flyer.

My first impression of that vent field was that it was potentially one of the most important of the hundred-plus known vent fields, in terms of the potential for answering lingering questions, which despite the 40 years of research, are still unanswered. Problems I pondered as a graduate student when these systems were first discovered. Off and on for 4 decades, I have marveled at these deep sea oases of life and concentrated energy and chemical exchange between the deep Earth and the oceans. So why did I think this particular vent field was so special? There are numerous reasons, including the distinctive compositions of the vent fluids that result from interaction with the sediment that covers the volcanic heat sources below. We think this results in most of the metals that typically form the chimneys in these systems, like iron, copper, and zinc, being deposited at depth in the sediment below the mounds and chimneys, which in this vent field are almost entirely made of one mineral, calcite. The interaction with the sediment also provides dissolved compounds other than H2S, (the energy source that drives chemosynthetic ecosystems at most black smoker), including methane, ammonia, and hydrocarbons, which different microorganisms can use to support life. This may, in part, account for the interesting mix of vent fauna we have be documenting at this site.  However, the main reason I think this is an important site is because, like me, it is old and large.

Why does that matter? We can, and have, learned a lot about these systems by sampling the rocks, vent fluids and animals at the surface. But the chemical reactions where seawater interacts with hot rock that controls the composition of vent fluids are occurring at depth below us at unknown temperatures and pressures. We try to infer these hidden processes by analyzing the fluids, or by using geophysical techniques such as the heat flow measurements that were conducted on this cruise. However, if we really want to get the answers, we need to get samples from the subsurface, and that requires scientific drilling using the IDOP drill ship. Drilling a deep hole from a moving ship more than 3.5 km above the seafloor is not a trivial task. The fact that this vent field has large carbonate mounds build on a sediment-covered seafloor means that it is much easier to drill compared to thin black smoker chimneys growing on hard, fractured, basaltic rocks found in typical black smoker fields. Being big and old also significantly increases the size of the target, the high temperature water/rock reaction zone, which we are trying to find beneath 3.5 km of water and about 2 km of sediment and underlying basalt.  All of the material deposited in the hydrothermal mounds was leached from the underlying rocks and carried to the seafloor by the hydrothermal fluids.  The bigger the deposit, the bigger the area of altered rocks below it, the bigger the target for drilling. I felt strongly enough that this was an important site, that I was willing to lead the effort to write a proposal to Schmidt Ocean Institute to get this cruise and this team of scientist out here to document this site, and hopefully bring the potential of this site for future scientific study to the international scientific community at large.

I was able to participate in the MBARI cruise that discovered this field at the invitation of Dr. David Clague, who was on the first leg of this expedition and is a key part of our scientific team. My first job out of graduate school was with the U.S. Geological Survey in Menlo Park, CA, and Dave was one of the many people who mentored me and helped me achieve very rewarding career as an earth scientist. We have been friends and collaborators for a long time. Several other members of the scientific team are also friends and colleagues from past cruises, including my two Co-Chiefs, Dave Caress and Victoria Orphan, and several others on this cruise. I have also met some new, young, bright, energetic and enthusiastic scientists on this cruise. It is no cliché to say that what we have accomplished, and we have accomplished a lot, is a team effort. But the team is larger than science party and includes everyone on this ship. The ROV pilots are incredibly talented and innovative, and the ships crew are such a delight to work with. The attitude on this ship is ‘What can we do to help you do your science better?’ and it extends from the marine tecks, to the galley crew, the Boson, the Chief Engineer, and all the way up to all the officers on the Bridge and our Captain, Peter Reynolds. We cannot begin to thank them enough for their professionalism, their efforts, and their companionship.

I have had a privileged career in science following my interests and doing what I love. I have witnessed incredible discoveries and changes in how we view the world. What success I have had can be partly attributed to being lucky – being in the right place at the right time. But, as alluded to earlier, my career has only been possible through collaboration with the many fine scientists, many of whom I call old friends; many more than those on the ship with me. But there is a problem with old friends; they are getting old. There is so much new and exciting science left to do, so many discoveries to be made, here at Pescadero Basin and elsewhere. My old friends and I have had our turn. It is time for the next generation to step forward and make those new discovery. When I was young, I was not a particularly good student. I never really dreamed of being a scientist, and could not even imagine all of incredible places I have been and things I have seen, and yet, here I am. You may not think it could happen to you, but you are wrong. If you follow your interests, feed your curiosity, work hard, and maybe get a little lucky, you can have a life like mine. I highly recommend it! 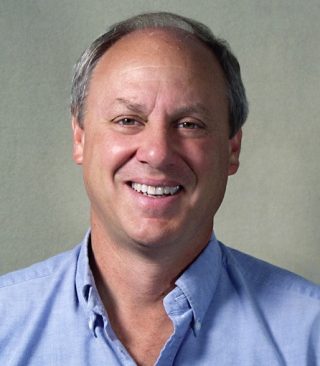