It’s easy to get caught up in the excitement and huge scale of an expedition to the deepest trench in the world, with big landers to go to the bottom and even bigger cranes to get them there. It’s easy to get lost in the fast paced, chaotic, constant movement and activity of the incredible science and discoveries that are happening every day on the ship.

But as an undergrad, I have a lot to learn about the basics of scientific research, not to mention how to carry it out on a ship in the middle of the ocean. The cool thing about diving headfirst into this research expedition and learning on the go is that some of it is happening unexpectedly, or even by accident.

Thus far, if there were one thing that I wish I could tell my pre-cruise self, it would be that clothing with pockets might be the most essential thing to bring on a cruise. I only have one pair of pants with pockets that are substantial enough for work on a ship, and I really regret it. I’ve even considered crafting a fanny pack out of something just so I don’t have to wear the same pair of pants every day. Style wise, I’m not sure what’s worse: rocking a fanny pack or pulling on my only pair of pocketed pants every morning for 5 weeks.

That being said, I’ve learned a surprising amount about what’s important and how things work on a ship based on what I pull out of my pockets before going to bed every night. And every night the pile is bigger and more diverse, and sometimes more confusing than the night before. Tonight, I pulled out:

I lied. A good pocketknife may be even more important than the pockets. I’ve used the wire-cutters on it to cut the zip ties that hold the bait bags to our fish trap, the tweezers to pick amphipods out from the trap, the pliers to help work out a particularly stubborn bolt, and the knife for a multitude of tasks, including sharpening pencils and cutting rope. If there’s ever a need, I can also use it as an emergency dissection scalpel, although I’ve heard that if I do it will never stop smelling like fish.

Zip ties, along with duct tape, probably hold most of our equipment together. We have an army of zip ties that hold together the frame and mesh of the fish traps, some for the bait bags, some for the amphipod trap pieces, and as an extra precaution on pretty much anything that needs to be held together.

I use this daily to label the extensive amount of cryovials that hold samples during dissections. Yesterday, we caught nine snailfish (the deepest living fish) in our fish trap – our biggest haul yet. Some of them were preserved for taxonomic vouchers, some were used for photogrammetry (a technique that uses software to create a 3-D image), and the rest were dissected into at least 100 vials and tubes, all of which needed to be labeled in tiny writing with a sharpie for data logs and future analysis. Those vials contain samples from white muscle, liver, stomach, heart, gonads, spleen, and blood, all of which are used for different scientific analyses.

Speaking of the overwhelming amount of CryoVials I go through every day, I guess it’s not such a bad idea to stash a few in your pockets just in case.

When the fish trap comes up, there are tiny amphipods stuck in all the corners of the mesh. Since a significant amount of the research on these creatures is based on DNA, it’s important to try and contaminate them as little as possible with our own DNA. So, we use forceps to pick them out of the traps and out of the bait. They’re also slippery, meaning it helps to have a tool that holds on to them better than fingers do.

This was a recent addition to my pocket pile, as all of the pencils onboard keep disappearing, and I got sick of running around the ship trying to find them. Pencils are the only writing tool that won’t run when they get wet, or get ethanol on them, which is helpful, because ethanol is a common chemical used for preservation.

These were also a result of the disappearing pencils, as I ended up claiming a pencil for our data collection sheet that we use for dissections. I made a rubber band chain and duct taped it to the pencil and clipboard.

We have massive carabiners to clip our lander floats to a line that keeps them together, but mine are much smaller, and I only need them to keep things attached to me, like my pocketknife.

Latex gloves are especially convenient if, like me, you aren’t particularly fond of squid guts on your hands, and their lingering odor.

You never know when a piece of equipment is going to need a quick fix, so I’ve ended up with quite the collection of nuts, bolts, and washers, and safety rings in my pockets over the past weeks.

Both of these I’ve used for keeping things together, improvisational equipment construction, fixing things, marking things, making sure knots in rope don’t come undone, and also as a band-aid.

So, there’s a lot to be said for getting to know someone by what they can pull out of their pocket, and I’m learning a lot about the reality of being a scientist and doing research in the field. It’s a combination of unbelievable discoveries, high-tech equipment, simple and intelligent solutions, willingness to work hard and get messy, fixing things on the fly, thinking critically about the information in front of you, having an open mind, and finding a lot of weird, unexpected things in your pockets. 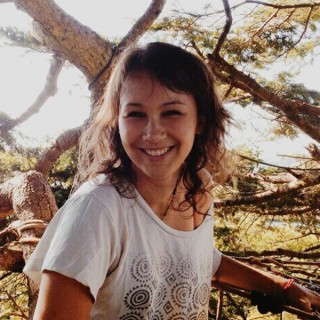