Trenches fascinate me for a lot of reasons.  They are the one place on Earth where geology creates the most spectacular events. Trenches form where boundaries of the huge tectonic plates on the surface of the Earth (its crust and upper mantle) collide and one plate moves down beneath another.

The largest earthquakes occur in these “subduction zones,” like the Japan earthquake of 2011. The Great Tōhoku-Oki Earthquake that struck off the coast of Japan’s Tōhoku-Oki region on 11 March 2011 was a 9.0 magnitude earthquake. Earthquake-generated tsunamis can devastate shoreline communities.  In fact, Guam had one in 1993.  The largest recorded earthquake (magnitude 8) in the Mariana region took place 30 km (18 mi) southeast of Guam on August 8, 1993.  It generated a tsunami on the east side of Guam and caused much damage to buildings and roads.

The more we learn about the physical and chemical conditions of subduction zones, the better we will understand what may trigger earthquakes and the tsunamis they generate. The Mariana Trench area is the only place on Earth where we can directly sample an active subduction zone to depths of up to 18 km (nearly 11 miles). How do we obtain any material from that deep?  We have no technology to reach down there, but in the Mariana region Nature is bringing things right up to us!

A lot happens under water

Fluids and pieces of the subducting plate are emerging at the sea floor near the Trench’s western edge. That is because as the Pacific Plate is subducted, fluids are squeezed out of sediments by increasing pressure and are distilled from its rocks by increasing temperature.  The fluids react chemically with minerals in the mantle rocks that they encounter as they rise through faults on their route up to the sea floor.  Sometimes these fluids combine with ground-up fault-rock along their upward path, creating a rising, warm, muddy paste, full of altered rocks.  This mush oozes out to form huge undersea mud volcanoes (up to 50 km (~30 miles) in diameter and 2 km (more than a mile) high.  They dot the sea floor all along the western edge of the Trench from south of Guam nearly to Iwo Jima, and they are active today!  Seeps at the summits of these mud volcanoes and mudflow materials tell us about conditions of temperature, pressure and composition at the subduction zone.  This information is important for better understanding of earthquakes.

The seeps in the Mariana Trench area also show us how biology and geology are intimately interlinked. The chemical reactions of the fluids coming off the subducting plate with the overlying rocks of the Mariana upper mantle release hydrogen and methane. These gases create a perfect sub-seafloor environment for microbial communities. Where seep microbes congregate we have also seen mussels, clams, snails, crabs, tube-worms and various other sea-floor animals. Some of the microbes discovered on the mud volcanoes are unique to these environments.  It is widely accepted now that the environment in which fluids and mantle rocks react is a perfect one for the evolution of life.  There is evidence from zircon crystals of Western Australia that the early Earth’s surface was cool enough to permit liquid water.  Some of the precursory molecules necessary for the evolution of living cells are unstable in high-temperature environments (like mid-ocean ridges).  So, could cooler environments like subduction zones on the early Earth have been a more viable location for the first living cells?  How more fascinating could trenches be? We hope that as we continue to explore the Mariana Trench we will be able to find more exciting answers and questions. 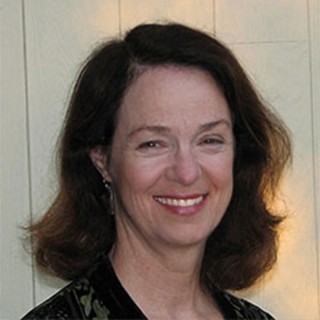