If you have ever played in the mud as a child and were consumed with delight then you’ll understand how this expedition feels for me, it’s all about the mud!

The sea floor of the Mariana Trench is a mixture of geological features, including exposed rock and areas of soft-sediments.  These soft-sediments are mostly made of small particles of silt and clay, also known as “mud”.  Hidden within the mud are numerous small animals, most of which are invisible to the naked eye.  While microscopic, they represent a major component of the trench biodiversity and provide a variety of ecosystem functions and services.  They aid as a nutritional building block for other animals, and in turn, some eat smaller animals and microbes, providing a critical link between processes in the water column and those in the sediment.  In addition, they can modify the sediment chemistry just by moving through the mud, distributing oxygen deeper into the sediment. This activity may make the benthic environment more or less hospitable for other species and drive changes that may affect the overall community.

The free vehicle coring respirometer lander is an instrument that is used to both collect sediments from the bottom of the trench and to measure the activity of the biological community residing within the sediments.  While on the seafloor, the tubes act as respirometry chambers, collecting information for up to two days.  Before leaving the seafloor, a motor pulls the tubes out of the sediment while arms on the side swing down to the bottom of the tubes trapping the mud inside.  Once completed, the lander with its cores make the long ascent to the surface, with patiently waiting and eager scientists out on deck.  Once on board the ship, the entirety of the crew breathes a sigh of relief while the scientists get ready to process the precious mud samples.

Due to their small size, careful techniques must be used to collect and preserve the microscopic animals found in the sediments, which will be later identified in the laboratory. The key functional groups that we are collecting on this expedition include sediment meiofauna (less than 0.3mm) and the macrofauna (greater than 0.3mm).  Within this narrow band, the meiofauna are typically dominated almost exclusively by nematode worms, while the macrofauna found are primarily polychaete worms and tiny crustaceans such as amphipods, isopods, and tanaids.

By identifying these microscopic organisms we are able to address multiple questions that still remain about ocean trenches, and gather a better understanding of the sediment community structure in hadal environments. Even basic knowledge about the sediment community structure and functional attributes are relatively unknown. Determining what species are found in the bottom of the trench can allow us to answer questions about their distribution and biogeography. Many of the species we may encounter are likely to be new to science. There are potential differences in sediment faunal communities both along the axis of the trench and among trenches based onthe availability of food reaching the sea floor.  The bottom of trenches below highly productive surface waters adjacent to continental land masses, may receive more food than those under oligotrophic waters in remote ocean locations. Food availability will affect the composition of the faunal community within the trench. Trench axes may also act as funnels for organic matter, with high levels of nutrients accumulating in specific areas of an individual trench.  The intense pressure these animals are exposed to at increasing depths may also affect the community composition. By coordinating research efforts among multiple scientists, we hope to answer these questions and more in the coming weeks. 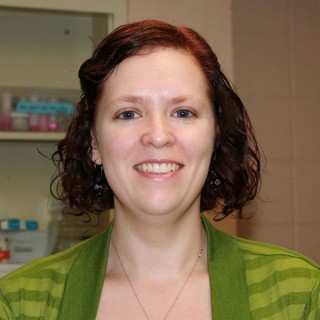