As students in marine geoscience, we use seafloor bathymetry maps often in our research. The undersea landscape is quite spectacular, but is seldom ever seen by most people. Schmidt Ocean Institute’s focus on public outreach and science communication provides a platform for people all over the world to share in ocean science, to see what the scientists onboard are seeing, and to get involved in R/V Falkor’s expeditions. One of my memorable experiences has been talking to school students back onshore during the school ship-to-shore live video feeds.

Each Student Opportunities participant on R/V Falkor (i.e., me) is encouraged to organize their own ship-to-shore live-feed with a local school back home. About a month before coming on this expedition I went out and visited Ms Sherriff’s class of Year 11 and 12 Marine Science students at Deception Bay State High School – to introduce them to R/V Falkor, and the Sea Level Secrets expedition. So when we made the video call it was like hooking up with old friends – it was great to see the students excited and engaged to connect with R/V Falkor and to talk and learn about reef science and ocean mapping.  It was fun explaining the multibeam echosounding system to the students, and that even with all this computerized technology we still keep a manual handwritten log during our 4-hour watch.  This community outreach is a really important and valuable part of SOI’s work.

Distant DIfferences…
One of the questions the students asked of me was how similar are these Hawaiian reefs to the coral reefs we study on the Great Barrier Reef? Great question! The answer is somewhat similar but still different.

The most obvious difference to me is in terms of geological age. These Hawaiian reefs were growing and thriving during the Pleistocene ice age when much of the continental high latitudes were covered in ice sheets. Since that time, sea level has risen so much that the growth rate of these reefs could not keep up, and they have subsequently “drowned” – these are now dead fossil reefs. There is very little living Holocene (the geological epoch which extends from approximately 12,000 years ago to today) reef growth on top of these fossil reefs. Which is great for Dr Rubin’s sea level research because he can go straight to these old reef outcrops and take samples from right there in the Pleistocene when the glacial meltwater pulse took place.

The modern Great Barrier Reef which we see today is much younger – Holocene in geological age. In places this Holocene coral reef growth is over 20m thick, sitting on top of the much older fossil Pleistocene reef. Our research group is interested in studying both the Holocene reef, and the older Pleistocene reef beneath.  In order for us to get samples and data from the Pleistocene reef, we have to drill through all those metres of Holocene – this is no simple task! A group of marine geoscientists and engineers designed and built us a coring platform which we could tow out to One Tree Reef in the southern Great Barrier Reef.

Being on the coring platform for long days was hard physical work but it was one of the most fun and rewarding experiences I’ve had so far. Who wouldn’t want to be a reef scientist?!

…and Similarities.
Aside from the difference in age, the types of coral present and their growth forms are very similar both here in Hawaii and on the Great Barrier Reef. Scientists studying ancient reefs can look to the features and processes occurring on modern reefs today, as an analogue to interpret similar features from history, and to make predictions into the future. In geology this is known as the law of uniformitarianism. In this way, we hope that by studying sea levels of the past will help us anticipate – thereby plan and prepare for – what the future may have in store. 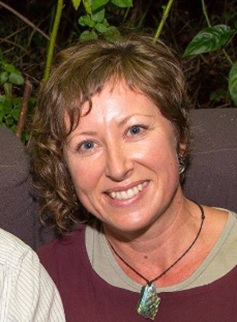