Since departing Honolulu, the science team and ship’s crew have been working around the clock gathering a tremendous amount of data – from both R/V Falkor’s multibeam sonar and Autonomous Underwater Vehicle REMUS’s mapping capabilities. These are two essential toolsets that further research will be conducted upon during the current expedition.

Shaking the Dust Off
In order for the science teams to have confidence in the data collected, all equipment needs to be tested and tuned. After a day of validating equipment functionality and accuracy, we have been able to utilize both the ship mounted sonar package in conjunction with the autonomous underwater vehicle (AUV). As the ship steams along the surface, the resolution of sonar maps being produced is a direct correlation to the water depth below the ship. The water depths we are working in varies between 100 m (330 ft) and 200 m (660 ft) correlating to a bathymetric resolution around 1 m (3.3 ft). As Lead Marine Technician Leighton Rolley remarked, “Using the multi-beam sonar mapping from the ship, we can use the AUV more efficiently to plan missions around interesting features of the bathymetry.”

Using the AUV we are able to obtain a bathymetric resolution of 10cm (3.9 in), which can be used to generate maps that enable the science team to develop a reef wide analysis without needing to view every part of the reef via manned and unmanned submersibles. How? By targeting select zones to be viewed with remotely operated vehicle (ROV) SuBastian, the science team will be able to extrapolate the data from these dives and compare it with the high resolution maps generated earlier from both the ship and AUV. This extrapolation enables the science team to piece together the puzzle of a reef-wide analysis, focused on 20,000 – 5,000 years ago.

Working Together
We are very fortunate aboard the Falkor to have a crew that is fully dedicated to the science research taking place. They play a critical role in making sure the science team has what they need and work diligently to find solutions to scenarios. We have developed a very safe and effective deployment method with the AUV, ensuring the equipment can begin its mission without any hiccups.

In recovering the AUV after it has completed its mission, the wor boat Atreyu is used to attach a tag line and return to the ship, where the rest of the crew and science teams are standing by. Hooking the AUV to both the J-frame crane and a tag line enables the teams to safely retrieve the vehicle. It may seem trivial to launch equipment from a ship, yet we are working with highly sensitive systems and on the water we are in a constant state of movement.

One might think that we could just toss sturdy research equipment into the ocean, but this is certainly not the case. Our team strives for launches and recoveries of devices to be smooth and safe – for both the machinery and the persons involved. Highly sensitive sensors need to be delivered carefully into action in order to provide as many missions out of equipment as possible. The oceans are not gentle places, and then steel-hulled ships, propellers, and equipment failure add to the potential hazards a research crew must navigate. The entire team aims to ensure the equipment utilized returns the highest quality data to the expedition: the crew and researchers work together for this common goal. As Greg Packard, Lead Operator of REMUS noted from the first days of activity, “Guys on the deck are very attentive to the equipment and ensuring safe deployments and recoveries.” 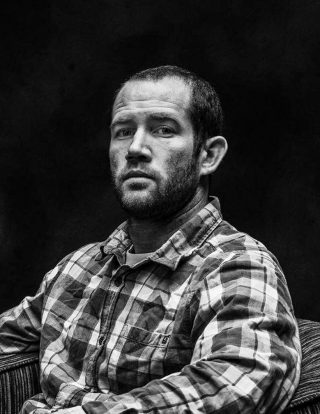