Back to the Ice Age
Climate change is placing increasing pressure on coastal regions. Scientists around the globe are trying to piece together what the Earth could be like in the future under a changing climate and one key part of the puzzle is sea level rise. Global mean sea level has increased by up to 20 centimeters over the past twenty years and the speed at which it is rising is almost twice that of the previous 80. Sea level rise varies both locally and regionally, but how this will shape future coastal regions is still not clear. Dr. Ken Rubin from University of Hawaii and his team will look to better inform this present day question by examining past sea level.

A Window into the Past

Scientists call it a meltwater pulse: a huge amount of fresh water coming into the oceans from melting glaciers. One of these past pulses caused a very rapid sea level change of 120-to-140 meters during the last deglaciation, which signaled the end of the last ice age. These large shifts in sea level can be seen in reef-building corals. Tropical coral reefs offer one of the best and most complete indicators of relative sea level. Every coral species grows at a specific depth range, which offer scientists an invaluable glance at how sea level rose. The pace at which corals can grow is limited, so if sea level rises slowly corals can keep up and build wide reefs. If seas rise at the same speed as coral growth, then they form thin deposits because they don’t have time to develop. If sea level rises too fast for the corals, then they will drown leaving behind a calcium carbonate skeleton that looks like a rock. 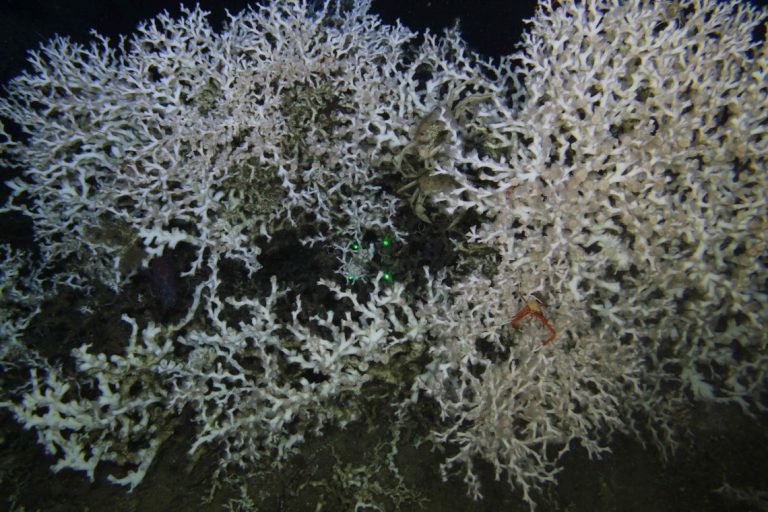 In an innovative whole-reef approach, scientists will sail on Falkor this August and September for a 29-day expedition to reconstruct past sea levels in the Pacific. Falkor will sail along the central Hawaiian Islands and Line Islands in a two-part expedition using both an Autonomous Underwater Vehicle (AUV) and Remotely Operated Vehicle (ROV) SuBastian. The team will study drowned corals in this area because it is far from meltwater sources that could contaminate geological records. Moreover, this is a geographical area where relative sea level variations are to be expected. 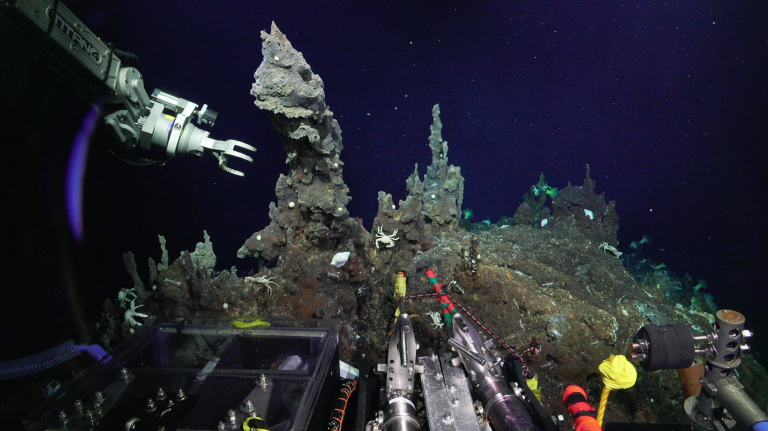 ROV SuBastian will collect drowned reef samples to decipher deglacial sea level rise, while an AUV gathers high resolution bathymetry data and seabed photos. The science party will learn how the ocean flooded in specific locations and better understand the spatial and temporal variations of relative sea level rise, in a time scale relevant to all of us (decades to centuries). Ultimately, the scientists onboard expect to produce the first deglacial relative sea level curve for the Central Tropical North Pacific, a big step towards understanding rising sea level impacts on coral reefs and creating informed predictions about future regional sea level change.

The resulting shipboard dataset is being archived at Rolling Deck to Repository and is now available.

All ROV dive video that was live-streamed during the cruise is being archived in perpetuity on YouTube.

All coral samples have been given International Geosample Numbers with associated metadata.

Sidescan, Imagery, and Bathymetry from AUV REMUS 600 and Navigation files from Falkor and ROV SuBastian have been archived at MGDS.