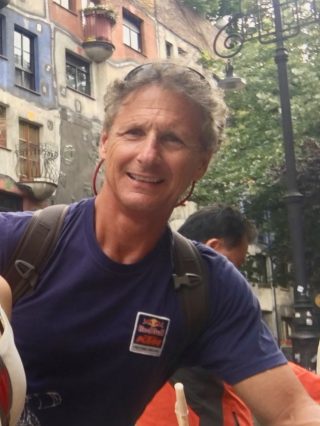 As a scientist, Dr. Terry Naumann specializes in igneous petrology and volcanology, but his primary love and focus has always been as an educator in the geological sciences. He recently retired as an associate professor from the University of Alaska Anchorage, where he taught legions of undergrad courses in physical geology, volcanology, petrology, mineralogy, and structural geology since 1999. Terry is currently developing and teaching introductory courses online for the University of Hawaii at Manoa. Terry received his MS degree from the University of Nevada Las Vegas, where he first began his studies of volcanoes throughout the southwestern US. He branched out to field-based studies of the large western volcanoes in the Galápagos Archipelago in 1993 as part of his Ph.D research at the University of Idaho. Terry has been to sea multiple times since the mid-90’s to study both ridge and ocean island volcanic systems. While normally seen crossing continents via motorbikes these days, he brings his overwhelming enthusiasm for the study of the planet and is thrilled to be part of the science team for his cruises on Falkor.