During the two legs of this expedition on R/V Falkor, the science team is studying coral reefs that drowned during periods of rapid sea level rise that occurred at the end of the last ice age. By doing so, we are hoping to determine exactly when this past sea level rise occurred and get some hints about how coral reefs may respond to rising sea levels in the coming decades.

Underwater Robots
To do this, we are using a number of sophisticated instruments to map and sample ancient reefs that are now covered by more than 100m of water. On the first leg we used an autonomous underwater vehicle (AUV) named REMUS in conjunction with a multibeam mapping system on the ship to create high-resolution maps of the seafloor. Both systems work by sending out bursts of sound and measuring the length of time that passes before the signal returns. The advantage of the AUV is that it gets much closer to the bottom, and therefore provides higher resolution data than the ship’s equipment can.

On the second leg, we are using a remotely operated vehicle (ROV) named SuBastian to collect samples and photograph the reefs. A technique known as Uranium-Thorium (or U-series dating) will be used on the samples to precisely determine their age, allowing us to track past sea level rise. The samples and photographs also allow us to identify the different types of coral present at different depths and locations. Different corals grow under different conditions (eg. different light intensities and levels of wave energy), hence identifying them provides us with information about what conditions were like when they were alive. In addition, identifying different species allows us to gain insights into how the composition of these reefs changed as sea level rose – insights that could prove vital in the coming decades.

Responsibilities
As a volunteer on these voyages, I have been helping out with a variety of different tasks. On the first leg, I processed the raw data from the AUV, ensured that it was of high quality and smoothed it so that it could later be turned into high resolution maps. It was a pretty neat experience to look through the data and be able to see the hills, valleys and even schools of fish that lie far below the surface.

During the second leg, I have had the chance to watch the feed from the ROV and log interesting and key events, such as where samples were taken or how the terrain on the seafloor has changed. It is amazing to be able to sit in the ship’s control room and see live, high definition footage of these ancient reefs. I was surprised by the amount of life that is down at these depths, as we are finding sponges, deep sea corals, eels, and all sorts of fish that manage to survive despite the limited amount of light that reaches the depths.

Once the samples are brought on board, they are cleaned, dried, and stored for further analysis when we get back to land. Being able to closely examine and actually feel the weight and texture of these fossils is a great contrast from the more distant mapping components of the project, and it is fascinating to see the fine structures of the corals, as well as the organisms that now call the corals home.

New Tools, Techniques, Discoveries
All the research we are currently performing is only possible due to the advanced technologies we are using. In the not-so-distant past we would have obtained samples by dragging a dredge along the seafloor – now the ROV allows us to carefully collect only those samples that are likely to be the most interesting. We are also able to select sites for ROV dives that we know contain corals thanks to our newly created maps, whereas in the past we would have wasted valuable ship time diving in irrelevant areas. While so much of the ocean remains unexplored, rapidly advancing technologies are creating new opportunities and avenues to explore this vital system. 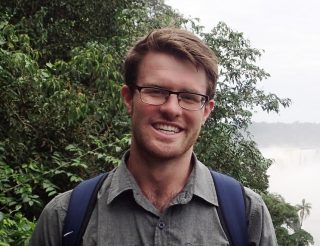