When Nereus is operating in ROV mode during Leg 2, the manipulator mounted on front of the vehicle will be used to collect sulfide and host-rock samples that will be analyzed for mineralogy and chemical composition, providing important data for NASA-JPL investigator Dr. Max Coleman. He will use these samples to constrain the total geologic energy available to sustain these unique hydrothermal ecosystems and the extent to which the energy is utilized or lost to the environment at each trophic level. Dr. Coleman describes below how this investigation at Earth’s deepest hydrothermal vents can be connected to detecting life on Europa, the icy moon of Jupiter.

How Most Life on Earth Gets its Energy

Let’s deal with the relatively easy part first, life on Earth. The building blocks of life, organic compounds, are either made by organisms or acquired by consuming organisms that have made them. The bottom of the food chain are the organisms, like plants, that make organic matter by reacting carbon dioxide with water using energy from sunlight and releasing oxygen as a byproduct, this process is photosynthesis. Most life on Earth depends on photosynthesis as the base of the food chain. Organic matter produced by photosynthesis at the surface sinks through the water column where it is successively removed by microorganisms digesting it by reacting it with oxygen dissolved in the ocean water, very much the same way as we “burn” carbohydrates using oxygen breathed in to gain energy. In our previous work on the hydrothermal vent fields of the MCR we have shown that there is very little photosynthetic organic matter present at the shallower site at 2300 m depth, Von Damm, and effectively none at the world’s deepest vent site at 4960 m, Piccard, though both have a little dissolved oxygen.  So, since we have observed an abundant ecosystem at Piccard, how does it get its organic matter?

How the Hydrothermal Vent Community Gets its Energy

Around the hydrothermal vents a process similar in effect to photosynthesis occurs, but it is very different. Carbon dioxide, dissolved in ocean water, reacts to form organic matter but instead of sunlight as the energy source, microorganisms use the vent fluids’ chemical energy, which is called chemosynthesis. The metabolic processes of chemosynthetic bacteria at the MCR sites consume some of the little oxygen left in deep water, instead of releasing it. Symbiotic organisms host many of the chemosynthetic bacteria. For example, at Piccard there are shrimp, which have specially adapted gills to accommodate the bacteria. The shrimp position themselves at the optimal interface between the toxic sulfide-rich vent fluid and the somewhat-oxygenated, normal bottom water to allow the bacteria to flourish – and then harvest them. There are predators of the shrimp and in one remarkable specimen we sampled a fish in whose gut was a shrimp with its symbiotic bacteria. So in one specimen we had three levels of the food chain. To understand the details of the food chain we separate the very many individual biochemicals, measure their relative abundances and more importantly their stable isotopic compositions. For example, there are two stable (that is nonradioactive) isotopes of carbon – 99% of all carbon has an atomic weight of 12 and 1%, 13. There are small variations in the 1% C-13 abundance, which are characteristic of where the material came from, and we use these values to trace the origins and pathways of use of the various biochemicals. Even though this ecosystem depends on the chemistry of the vent fluid it also needs oxygen, which originates ultimately from photosynthesis. So, how is this an analog for Europa?

Possibility for Life on Europa?

Europa is slightly smaller than Earth’s moon but is very different in composition. It is believed to have an iron core in the center of a planetary body with a rocky composition like the Earth’s mantle. Then there is a deep salty ocean topped by the surface, a thick layer of ice. This ocean is in direct contact with its rocky mantle and tidal heating and volcanic activity could potentially drive hydrothermal circulation. Theoretical studies of the effect of Jupiter’s radiation field on the ice suggests that some of it may be broken down releasing oxygen, which could migrate through the ice and dissolve in Europa’s ocean. In fact, the calculations suggest possibly an even greater oxygen concentration than that found at depth in our oceans. Thus, Europa has the potential to support a chemosynthetically based ecosystem, similar in abundance though unlikely to be similar in kind to that found at the MCR. 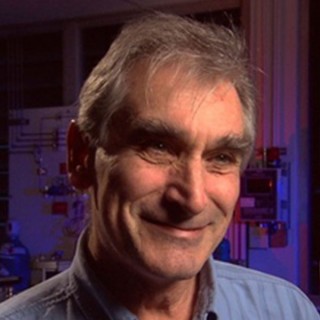