Costa Rica is a small country in Central America: it measures 51,100 km2, but it also has a huge marine area, more than eleven times its terrestrial area: 589,683 km2, or 92% of the entire country. It has coasts on the Caribbean Sea and the Pacific Ocean. Not only is the marine area large, but most of it (approximately 80%) is below 1,500 meters of depth, and a staggering 36.3% (over a third) of the country is deeper than 3,000 m. So if we want to describe the appearance of the largest areas of Costa Rica to someone, we would have to say: completely black, muddy bottoms with some seamounts, and a temperature of around 2ºC.

Even though Costa Rica is a small country, it holds 4.5% of the terrestrial biodiversity and 3.5% of the marine species of the entire planet. Over 7,000 marine species have been reported, and every year many more are reported with new ones described. A significant number the recent reports are the product of local scientists or collaborative international programs.

The deep sea is important for planet Earth. It regulates climate at different time scales, plays an important role in the recycling of organic matter and nutrients, and it is a source of pharmaceutical products, to name a few. Costa Rica’s deep sea could become very important for the tourism industry. At the present time, it is one of the few countries that offers deep-water experiences with the DeepSee submersible at Isla del Coco National Park. This sort of tourism is innovative and a great attraction.

Deep-sea research has put Costa Rica on the map; it is probably one of the best studied of any tropical country. These types of studies are very expensive and can only be done with the support of private enterprises or foreign collaborations. The first samples from deep sites of Costa Rica were collected in the late 19th Century, other samples were from the 1980s by scientists from the United States. Detailed geophysical and geochemical studies were carried out by German scientists in the 1990’s, and since 2009 biological studies have been done by US scientists with participation of Costa Rican scientists and students. In 2019 aboard the Falkor, many sites along the Pacific margin of Costa Rica have been revisited, while new sites – including offshore seamounts – are being explored. This information and these images will be used justify protection of extensive areas of the deep sea of Costa Rica.

Costa Rica is well known for the protection of its natural terrestrial areas, with over 25% of the country protected. But it is lagging on marine protection with only 2.6% protected. Of that marine protected area, about two thirds are due to the Seamounts Marine Management Area around Cocos Island. Costa Rica should again become an example to the world for protecting large deep-sea areas for the present and future generations. 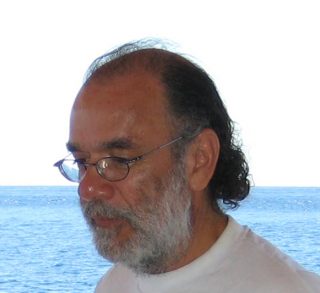