Out of the darkness, a striking orange and white mat materializes in the lights of Remotely Operated Vehicle (ROV) SuBastian. Jorge, the lead scientist in the ROV control room, zooms in. In stunning detail, we can now see the structure of the mat. Fluffy white hairs in the outer ring of the mat, then thick orange hairs towards the center. Jorge pans  the camera around a bit more, and we spot tiny snails and worms crawling around. An oasis in the middle of a submarine anoxic desert, around it only a barren vastness of sand.

This mat is a living thing. It is made of microbes – Archaea and Bacteria. The mat is situated above a methane seep, and while we collected samples from it, we could see bubbles rising out of the sediment. The Archaea in this mat are methanotrophs; they perform anaerobic oxidation of methane, essentially metabolizing it. They work in a consortium with sulfate-reducing bacteria. Hours after collecting it, the potent sulfuric smell of a lively mat in an active seepage site filled our lab.

Often during dives in this expedition, it is very easy to overlook such mats or other signs of microbial activities. While the incredibly detailed, ultra-high-definition video stream from ROV SuBastian allows us to see the tiniest details, it is easy to get distracted and zoom in into the intricate features of an alien-looking sea cucumber or the beautiful Yeti Crab (that actually grows bacteria on his claws and feeds on them). Nevertheless, life in the deep ocean depends on microbial processes. In the deep, cold, dark ocean – where photosynthesis is impossible – such methanotrophs with their bacterial associates and other microbial groups make up the foundation of the food web.

I, however, am interested in something even smaller than microbes. Something so small that no obvious signs of its existence can be detected even with ROV SuBastian’s remarkable camera. I am looking for viruses: specifically, those that infect Archaea and Bacteria. These nano-sized particles – merely small genomes protected by a protein shell – play an active role in the life of microbes. By killing the microbes, the viruses control the population size and, as a result, can actually promote microbial growth by spurring the release of dissolved organic material to the environment which can be readily consumed by other microbes. Viruses can also serve as agents of gene transfer and can have an important role in the evolution and adaptation of microbes.

In recent years, I have worked on the extensively studied viral and microbial ecology of the ocean’s surface layer. There, photosynthesis by cyanobacteria and unicellular alga drives the ecosystem, and viruses of these microbes have an important part in the global biogeochemical cycles. In comparison, the ecology of viruses in the deep dark ocean, especially in and around methane seeps, is still poorly understood.

On this expedition, I am collecting a host of different sample types, hoping they will allow us to characterize the role of viruses in this environment. These samples will guide us in learning about the genomes of the viruses, their potential hosts, and their life cycles.

Methane is an important greenhouse gas. A large proportion of the methane released in the seeps is metabolised by the microbes and does not reach the atmosphere. While we have learned much about the microbial systems of methane seeps, there is still much more to learn. This Falkor expedition provides a rare opportunity not only for us (the scientists) to conduct research and to collect samples, but also to those following us to appreciate how even the smallest creatures, living hundreds of meters below sea level in the dark, can have a direct impact on our lives. 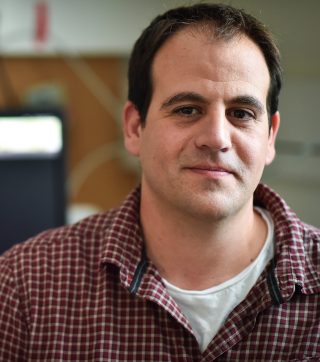