Several days ago, we visited Isla del Coco, the only one of this chain of seamounts that extends above the ocean’s surface. The previous day, we explored along Seamount 7 with Remotely Operated Vehicle (ROV) SuBastian, climbing a steep underwater wall of volcanic basalt. As we hiked up the steep cliffs of Isla del Coco, through the dense forest of ironwood trees covered with bromeliads, I was struck by the similarities in the structure of these mountains, most of which are entirely underwater. With ROV SuBastian, we are getting an unprecedented look at the steep slopes deep beneath the sea surface, and we are able to observe and sample the abundant life that is present there.

At each of these seamounts, we have collected rock samples from the seafloor. These samples will be studied in multiple ways; they show the breadth of geobiology and the importance of studying life on a wide range of length scales. We try to collect rock samples that are both geologically and biologically interesting, and we study the interactions between life and these rocks. When a rock sample comes up in one of the bioboxes on the ROV, it is stored initially in cold seawater to keep the creatures on it (reasonably) happy. Then one or more of the biologists on board goes over each rock and picks off the mollusks, worms, forams, corals, etc. that might be attached. These biological specimens are preserved in various ways for identification and further study.

We are also interested in microorganisms that live on rocks, so some rocks are preserved in fixative or frozen for later DNA analysis of the microbial communities. Some rocks are refrigerated “live” for future laboratory culture of their microbes. And finally, hand samples of the rocks are dried and taken back to the laboratory for geochemical analyses. We are interested in dating some of these rocks to determine the age of the seamounts. We will make petrographic thin sections and study the rocks and minerals spectroscopically. We are interested in the mineralogy, the quantities and forms of each element (such as iron and manganese), and in the ways that evidence of ancient life might be preserved in these minerals.

As we learn more, we are also often able to use the biology of a site to tell us something about the underlying geologic processes. The chain of seamounts that we are studying between Cocos Island and mainland Costa Rica were formed millions of years ago over the Galapagos Hotspot. The submarine mountains are traveling slowly east across the Pacific on the Cocos Plate until they are subducted under the Caribbean Plate along the Costa Rica margin. When a seamount is subducted, it does not go smoothly under the plate. Rather, it rumples the Earth’s surface in that spot, releasing gases and vent fluids from below. This process of seamount subduction is what leads to the methane seeps we have been studying along the Costa Rica margin. As we explore the seafloor, the biology helps guide us to geologically active areas. When we see a clam patch, a tubeworm bush, or a microbial mat we know we have found an area where methane has been seeping to the surface. Some of the most active seep features can be pinpointed by looking for brightly colored microbial mats, such as ones we saw at Jaco and Parrita in the first part of this cruise. The present-day microbial mats at the margin are inextricably linked to the processes of plate tectonics and the formation of undersea mountains that are hundreds of kilometers away and formed millions of years ago. 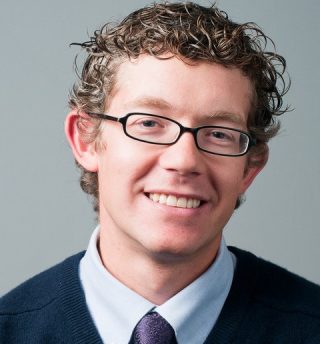