My name is Una Miller and, as a PhD student at Columbia University, I study how the ocean and atmosphere interact. On this research cruise, I am acquiring infrared (IR) imagery of the sea surface that will allow us to study the precise boundary over which this interaction occurs… the cool-skin layer!

Visualizing The Invisible
On the top deck of the ship is a glorious panorama of the blue ocean expanse beneath fluffy white clouds. We have a camera mounted up there, but it is not capturing the sweeping views – it is pointed down at the ocean surface. The camera is an IR camera, and we are using it to study the upper 10-100 microns of the ocean (about the width of a human hair). This so-called “skin layer” may sound small, but it is responsible for the exchange of heat between the ocean and atmosphere – that is massive. 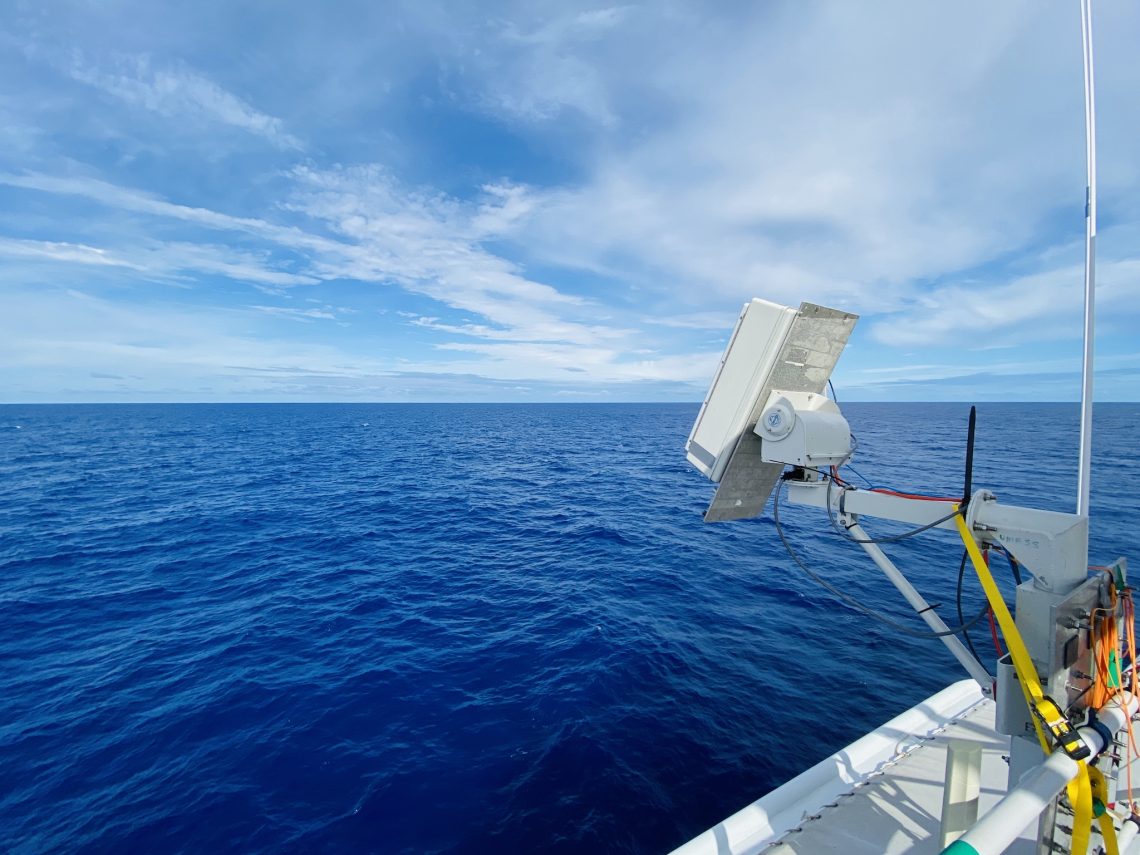 What’s So Cool About the Skin Layer?
Heat exchange at the ocean-atmosphere boundary occurs in three ways:

Because these three fluxes of heat tend to be net out of the ocean rather than in, the skin layer is typically a few tenths-of-a-degree to a degree cooler than the water immediately below it. Thus, it is called the “cool-skin layer.”

Why do we care whether the skin layer is a different temperature than the water below it? Heat exchange between the ocean and the atmosphere is proportional to this temperature difference, and estimating heat exchange allows us to predict things ranging from weather, to ocean processes, to climate change. Our IR imagery on this cruise allows us to “see” the temperatures of both the skin layer and the water below it, and understand how the difference between the two changes across many different conditions – including when Trichodesmium slicks are present!

A New Way of Seeing
When I monitor the live infrared imagery feed in the ship’s lab, I am often mesmerized by the elaborate temperature patterns painted on the ocean surface, invisible to our eyes but revealed in IR. Cracks in the cool-skin layer fan out like a parched riverbed and warm splotches blossom from the depths, all underscored by the undulating movement of waves and currents. I am excited to be learning to work with IR imagery on this cruise and feel that it has given me a whole new view of the environment that I study. 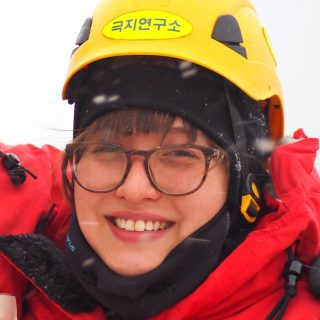