In sailing lore, albatross—like the ones that have been following Falkor—are generally considered good omens. But for those of us trying to study whales we haven’t been so sure.  We’ve had good weather the last week or so, but only spied one whale and one dolphin.  However, the lack of whales hasn’t caused our spirits to sink, in part because the Papahanaumokuakea Marine National Monument is a paradise for watching seabirds. They can be mesmerizing to observe as they fly and feed, but these birds also tell us something about the connections between the sea surface and the topography we’re mapping hundreds or thousands of meters down.

Two species of albatross (black-footed and Laysan) are common denizens of these Northwestern Hawaiian Islands.  They are joined by about 20 other bird species commonly sighted, many of which, like the albatross, breed here.  Each day, from our perch on the monkey deck, we’ve been able to watch thousands of birds scour the ocean for prey. Some have even visited the ship, like the red-footed boobies that perch lazily on Falkor’s mast—to the dismay of the captain and crew because the birds like to “repaint” the deck below them.

All these birds depend on the ocean for their food—mainly fish, but some also target squid or dead animals, and sadly, many also end up eating humans’ trash. Anyone who has fished in the ocean knows it’s hard to find fish. This raises the question of how millions of seabirds find enough food to survive on and feed their chicks. Surprisingly, it may have a lot to do with the topography of the bottom of the ocean.

Seabirds go where the fish are, and likewise, the fish go where their food is. It varies a lot, but small fish of the size that seabirds are likely to eat generally feast on smaller fish and zooplankton. One of the best places for them to find this type of prey is around underwater mountains, or seamounts, which often are associated with upwelling currents that bring some food toward the surface.

Much like how mountain ranges on land create their own microclimates by redirecting air currents, seamounts and other large bathymetric features redirect ocean currents and create their own microenvironments under the sea. Currents can sweep nutrient-rich waters up a seamount’s flanks to shallow waters, fueling the growth of more food that’s in easy reach of surface-feeding animals, leading to their congregation en masse.

In addition, vertical cylindrical currents called Taylor columns can also develop over seamount summits, moving like slow-motion tornadoes and concentrating nutrients. These currents may swirl food to the surface organisms, and also keep it around long enough that some eventually rains down to the depths around the seamount, nourishing the deep-sea ecosystems there.

We think we may already have witnessed the effects of food-concentrating currents at a spot called Turnif Seamount, where we found an abundance of seabird activity as we mapped around the summit. Turnif is unique compared to its neighbors because it has a large, flat-topped, shallow summit area, or bank. Birds were most concentrated near the bank’s drop off, and it is quite possible that they are there because this feature is enhancing upwelling and/or those cylindrical currents.

While we’d have to carry out more detailed oceanographic studies to prove these currents exist, we can take heed of the challenge given to us by our native Hawaiian presenter during a pre-cruise cultural briefing. He asked us to keep our eyes, ears, and minds open to the signs nature may provide to us in this special place. Even without the fancy seafloor mapping technology and modern navigational aides we have on board, you could tell from the increased bird activity alone that there must be something different below.  Perhaps these bird congregations were once used to aid navigation, or to guide fishermen to a welcome meal.

Regardless, what we’re seeing is just one more example of why seafloor topography is not just a curiosity; it helps us understand how things like ocean currents and upwelling affect fish aggregations, seabirds, and even whales. This is why the mapping work done during this cruise is so important. It provides information that helps us better understand, and better manage, the important biological, geological, and ecological features in the monument.

Until next time, aloha once again from the monkey deck. 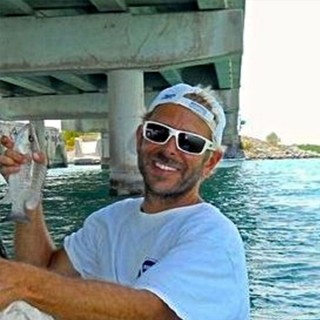