Running a sonar survey around Midway Atoll—a task we just completed—is bound to inspire some reflection about its history. The Battle of Midway in 1942 is one of the most well known Pacific naval battles of WWII and is often considered a turning point for the US in the Pacific Theater. But Midway is also an ancient volcano and a geologist can’t help but also drift into thoughts of a much earlier time, to Midway’s actual origin millions of years ago.

Scientists have dated the lavas that erupted to form Midway Atoll to 27.5 million years old. This age is the best estimate for when the volcano was active, but geologists know this may not represent the volcano’s true age. It can take a Hawaiian volcano up to 2 million years of active eruptions to build its structure before becoming mostly inactive, so Midway could potentially be up to 29.5 million years old.

The Circle of Geological Life

Once a Hawaiian volcano begins to form itself, there’s an age progression and evolution that is analogous to a human’s age progression. Midway was born atop seafloor estimated to be 70 million years old at the time of Midway’s first eruptions. From there the atoll entered an adolescence we term the “pre-shield” stage. During that time the connection to Midway’s magma source deep in the interior of the Earth was strengthening.

Then, as the Pacific plate Midway sits on moved further to the northwest, it was carried over the central Hawaiian hotspot—a thin spot in the plate where more magma could make it up to fuel the volcano. This pushed it into the main stage of growth, called the shield stage. During this time, centered over the hotspot’s hottest spot, it erupted 90% or more of its total volume over the course of 1 to 2 million years. Hotspots generate magma at rates that enable volcanoes over them to erupt lavas almost nonstop daily from rift zones, which are linear fissures on a volcano’s flanks. Today we see the remains of these rift zones as the ridges of Midway. Most of the other features revealed in our new maps were created during this stage too.

The Pacific plate continued to move to the northwest carrying Midway off of the hot spot and that steady supply of magma, and marking entrance into what geologists call the post-shield stage—the equivalent of volcano senior citizenship. During this phase eruptions become less frequent until a volcano finally becomes dormant or even inactive. The Pacific plate is now carrying Midway toward a subduction zone to the north. This is where the leading edge of the Pacific plate is falling back into the Earth’s interior via the grand cycle we know as plate tectonics. Once the plate carries Midway that far, it’ll face the same fate. But that will take a while—it’s about an 80-million-year-journey.

Once Midway volcano stopped actively growing it began to sink. At the same time corals started and continued to grow over its top. Layer upon layer of coral covered the summit, eventually creating a carbonate platform at least 500 meters thick. The top of this platform is what we see today as a broad, flat coral atoll. So Midway had a very long and interesting history well before its battle became famous just a relative handful of years ago. 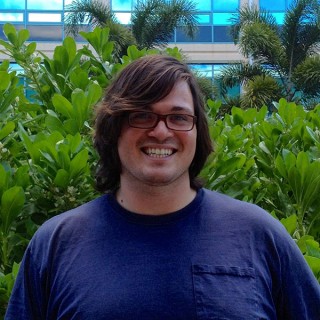