Sometimes the Moment of Discovery does not occur in a flash. Sometimes it takes several moments, hours, or even days to recognize.

We had to invoke a little patience with respect to the discovery of our first new plume here in the Mariana Back-Arc, and it will take a little longer before we have enough information to provide a more exact location for the ROV team to dive here next year. But finding the plume is an important first step. Our previous post described that our find was based on “cloudy water and chemical signals” detected during the last Sentry dive, but you maybe curious as to what exactly does that mean? And what do we know (and not know) from this first exciting bit of data?

Well, Sentry was carrying an important “passenger” – a Miniature Autonomous Plume Recorder, or MAPR for short (pronounced “mapper”). The MAPR has sensors to detect our primary plume tracers – tiny particles and certain types of chemicals – in the seawater that come from the hydrothermal vents. The sensor that detects the particles uses light to do its job. Think of shining a flashlight in a dusty room, or driving in the fog with your headlights on. The light from your flashlight and headlights bounces off the dust/fog particles back to you. Our “optical backscatter” sensor works in a similar way. When increased particle concentrations (“cloudy water”) are encountered, the values from this sensor increase.

The chemical sensor is called an “Oxidation-Reduction Potential” sensor, or ORP. The chemical make-up of hydrothermal plumes is very different from that of “normal” seawater, and this sensor responds with decreasing values when hydrothermal plume chemistry is encountered. Many of the hydrothermal chemical components react very quickly and change into a form that is not detected by this sensor, so when this sensor responds we know we are relatively close to the source. We usually can detect the particles at further distances, so we look for places in the data where there are higher values from the optical (particle) sensor together with lower values from the chemical sensor to narrow down our hunt for the source on the seafloor.

Combining the MAPR data with other data from Sentry, especially the navigation data, we can locate the plume on a map. We also know the depth where the plume was found. But there are still many things we don’t yet know about this plume or its source. For example, we know that plumes from concentrated high-temperature vents rise higher into the water above the seafloor than plumes from more dilute diffuse vents, but which type of vent did this plume come from? While the signals we have detected are quite clearly what we are looking for, they are still relatively small – is this all there is, or did we happen to pass through the more dilute edge of something bigger?

Our job now is to survey a smaller area of the seafloor – and the water column above it – in greater detail. Patience, diligence, and more patience, but we hope to soon have a good idea of where to send the ROV during the expedition next year. 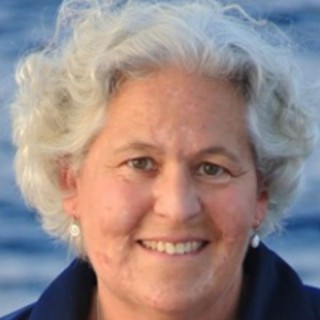