Opening Google Earth and looking at the seafloor graphics, it is easy to get the impression that we know what the entire ocean bottom looks like.

You can see underwater mountains (seamounts), deep valleys (trenches) and the general lay of the “land.” The majority of the data on the ocean floor is actually derived from radar altimetry acquired by satellites (1850 m resolution), and more recently acquired by the Space Shuttle Endeavour Shuttle Radar Topography Mission (SRTM), using a specially modified radar system (<1000 m resolution).

Data resolution is a measure of the accuracy or detail that one can resolve – for example, you could not see a feature smaller than 1000 m across in the STRM data.  The sea surface, measured by satellites or the space shuttle, actually rises above seamounts and falls above trenches due to Earth’s gravity. It is this small difference in height (a few centimeters) that is used to estimate depth values for the 90% of the world’s oceans that have not been mapped by ships. Only about 10% of the seafloor has been mapped with ship’s sonar, and those surveys vary in resolution from ~10 m nearshore (33 ft) to ~100 m (330 ft) in the deepest regions of the ocean.  High-resolution (1m or less) ocean floor data can be collected with remotely operated vehicles (ROVs) and autonomous underwater vehicles (AUVs) “flying” close to the seafloor, but those vehicles can only map small areas, and are not practical for mapping wide swaths of the ocean floor.  Areas where ship sonar data have been gathered are incorporated with the satellite/space shuttle radar altimetry data, providing a better picture of the seafloor – but this is still in orders of magnitude less detail than what is available on land.

A Lack of Data

The lack of high-resolution seafloor data became tragically clear when the Malaysian airline jet MH370 went down in the Indian Ocean in 2014.  There were no high-resolution ocean bottom maps available in the search area, which made locating the lost airliner effectively impossible.  Much of the effort since then has been directed to surveying that part of the ocean floor. We know more about what the surface of the moon looks like than the bottom of the ocean, which is 70% of our planet. Perhaps it is time to search for new worlds right here on our planet, beneath the waves, on the ocean floor. 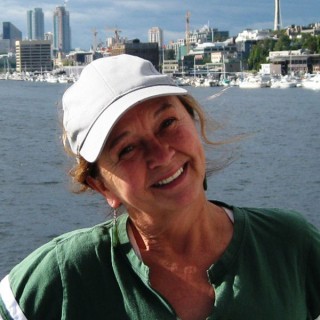