We are confident that the back-arc is a likely area to find these plumes, but there is much debate on board as to where the biggest ones will be. A betting pool has broken out (a Sweep”stacks” perhaps… if you are into puns) everyone from the mapping experts to the Captain has an opinion. So we want you to get involved too. Where will the biggest Hydrothermal plume be found?

The beauty of this trip is that there are a lot of unknowns, and no one can be certain about what we are going to find. But Bill Chadwick our Co-chief Scientist has offered some clues below about each map segment. We want to you to choose the segment you think will have ’the biggest plume’. Select your favorite segment from 4-10 (we already know about 1-3 so that’s cheating!). Tweet the number using the hashtag #hydrothermalhunt or comment on the Schmidt Ocean Institute’s Facebook Page. Chief scientist Joe Resing will have the final decision and we’ll pick a winner from the correct answers. The winner will get themselves, a much coveted, Limited Edition, Schmidt Ocean Institute water bottle! As modeled by Bill.

Don’t forget you can read some of our other blogs for clues, ask questions over social media, and stay up to date with our latest findings on Facebook and Twitter. 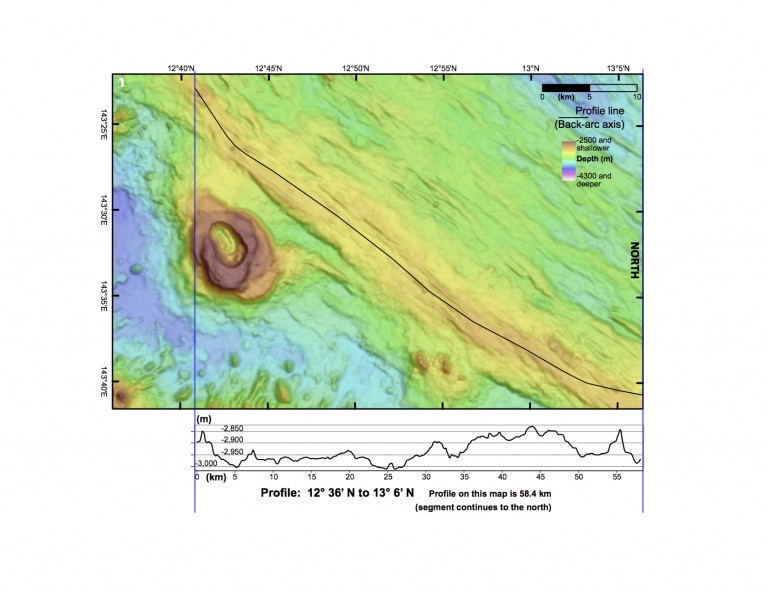 Map 1 – Here in the southern-most map, the Arc and Back-arc  (black line) are very close together and the Arc contributes magma to the back-arc, making it shallower and more ridge-like. Several hydrothermal sites have previously been discovered between 12° 55’ and 13° 15’ N latitude. We conducted a short CTD tow near 12° 55’ and confirmed they are still active. Note north is to the right in all these maps. 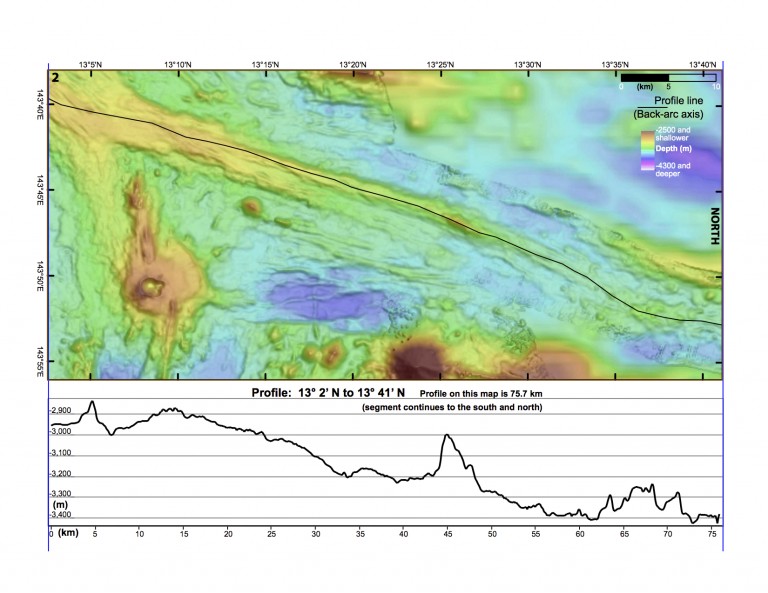 Map 2 – The Back-arc axis (black line) is narrow and ridge-like and gradually deepens to the north. Known vent sites along the southern half of this segment extend to about 13° 25’, so our search during this cruise started there and went northward, but a CTD tow found no additional vent sites. Don’t pick this one! 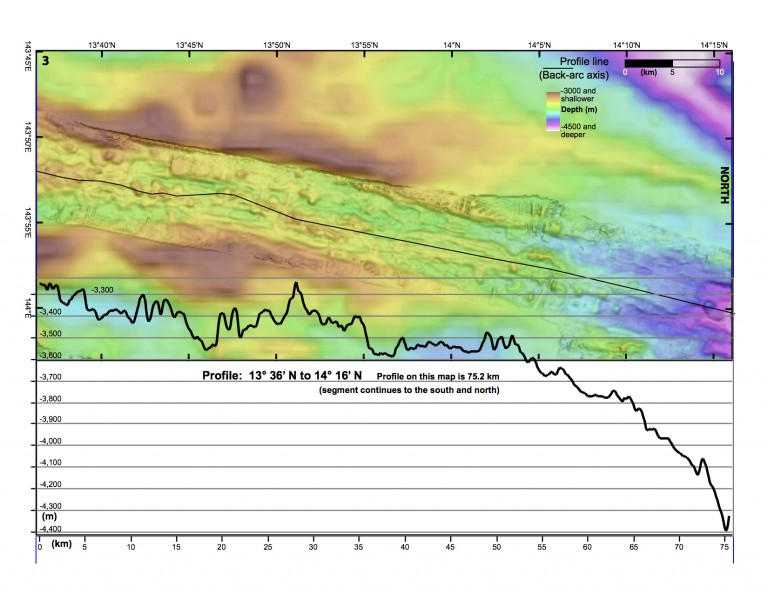 Map 3 – The ridge-like shape of the Back-arc (black line) gradually transitions northward to a deeper axial valley on this segment and the axis has hummocky volcanic morphology.  However, we already conducted a CTD tow and a Sentry dive on this segment and found no venting, so don’t pick this one! 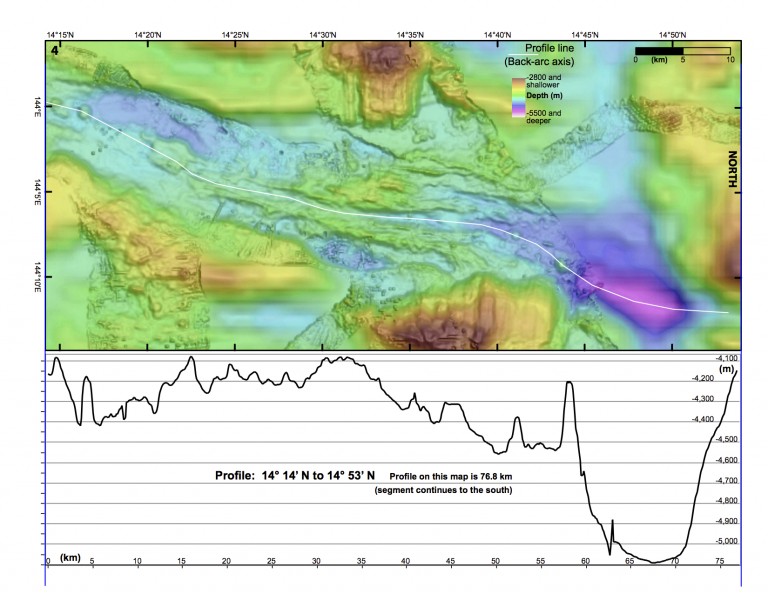 Map 4 – This segment has nested rift valleys and also volcanic morphology along the Back-arc axis (black line).  This is where the Sentry AUV found our first new vent site in the middle of the segment at 14° 30’.  Will it be the largest we find? 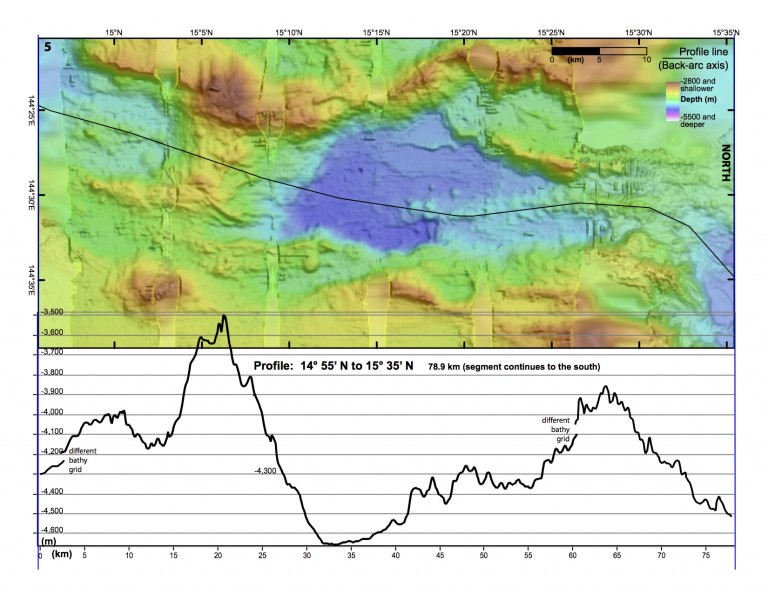 Map 5 – This segment has two shallow areas along the Back-arc axis (black line), a faulted part in the southern half where we conducted a CTD tow and did not find any venting, and a volcanic ridge in the northern half, which has not yet been surveyed. That one has potential. 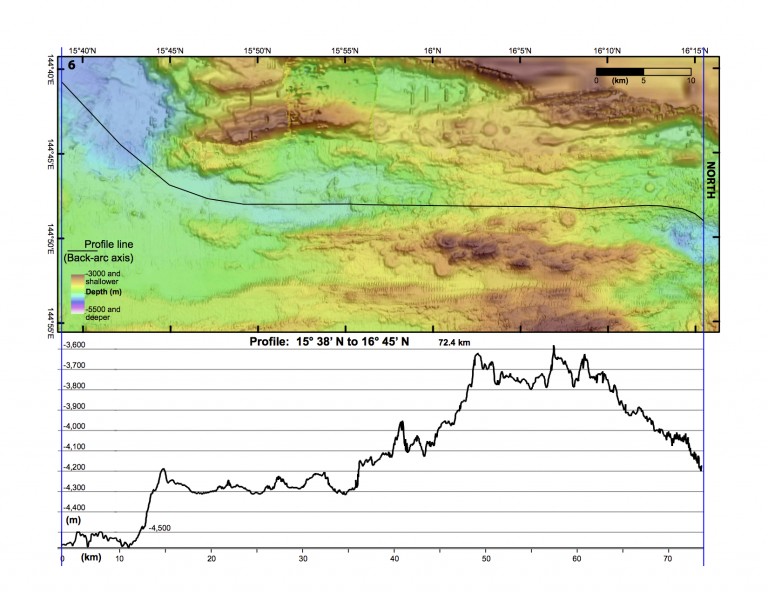 Map 6 – This is an appealing segment of the Back-arc axis (black line) because the shallowest part in the northern half has a lot of constructional volcanic morphology. Could be a good bet. 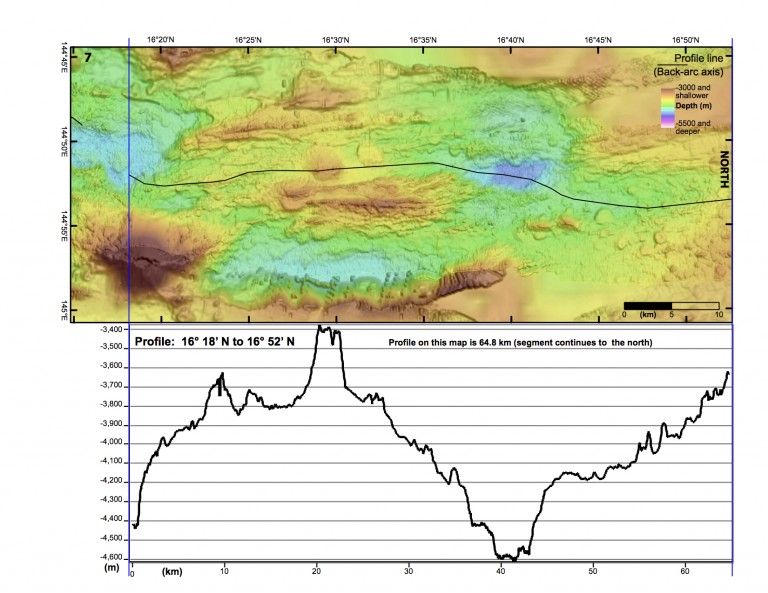 Map 7 – This is another segment of the Back-arc (black line) with good potential, especially in the shallowest middle part where there is a lot of volcanic morphology. 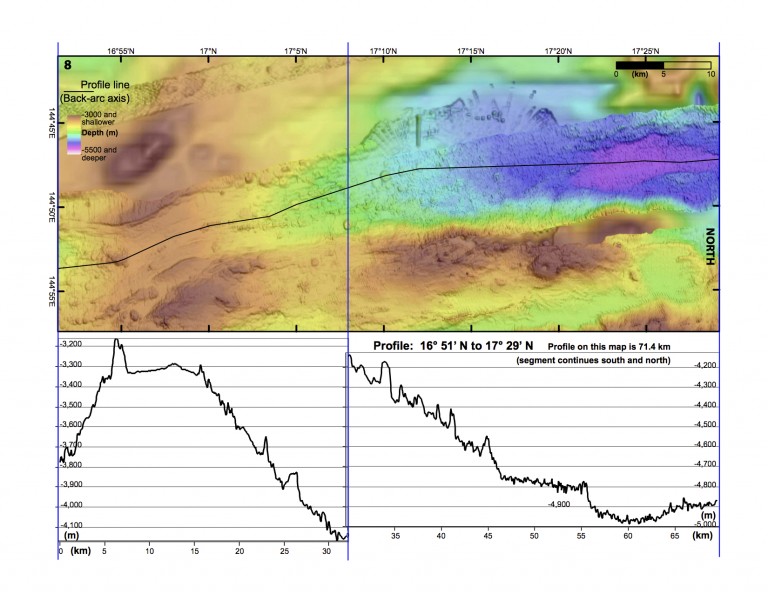 Map 8 – This segment of the Back-arc (black line) has a relatively shallow section in the southern half with volcanic ridges extending north and south but also has extensive faulting.  Could have potential. 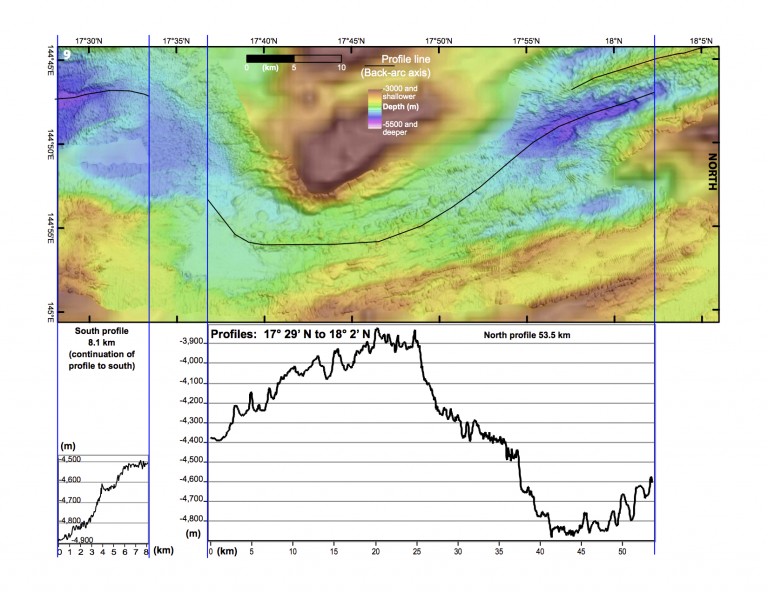 Map 9 – The middle of this segment of the Back-arc (black line) has very distinctive constructional volcanic morphology (hummocky ridges), so might be an attractive bet. 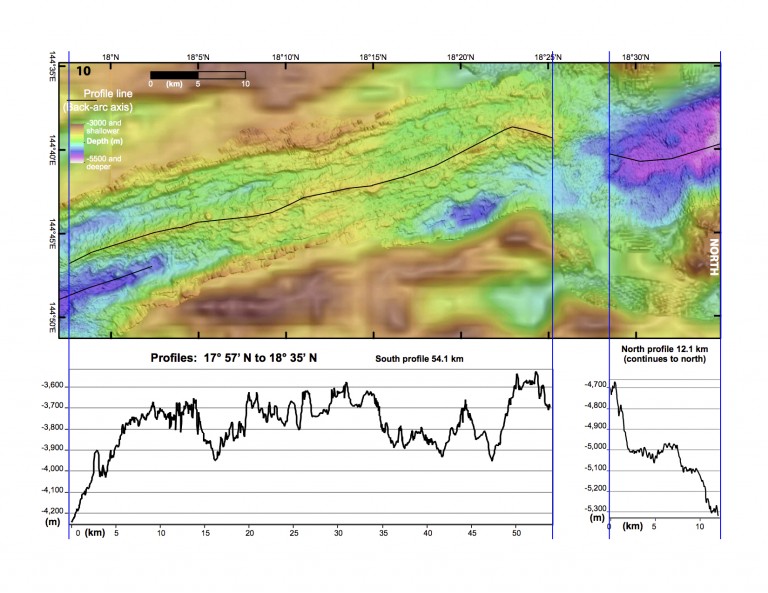 Map 10 – This segment of the Back-arc (black line) has a well-developed axial volcanic ridge. It is also the site of the Alice Springs hydrothermal vents discovered in 1987, which have not been visited for 15 years. We plan to survey here – will they still be the active? Will they be the largest hydrothermal plumes we find on this cruise?