My name is Emily Conn, and I am a Bachelor of Environmental Science student at The University of Queensland. I fell in love with geology after taking an Earth Science course where Dr Derya Guerer was lecturing. The following year, I collaborated with her and Dr Helen Bostock to study marine sedimentation rates. From these experiences, I was afforded the opportunity to board R/V Falkor as a student volunteer.

I am interested in all deep-sea structures: seamounts, guyots, hydrothermal vents, seeps, and brine pools. Outside of geology, I am passionate about sustainability. This motivated me to investigate Falkor’s environmental impact.

Any research vessel that traverses the ocean is inhabited by those who love the sea. This sentiment is echoed in Falkor’s scientific pursuits and its sustainable practices, specifically around energy, recycling, and waste management.

Energy
The heart of the ship is its engine (although some may argue it is the kitchen!). R/V Falkor was built in 1981 with an engine originally running on thick fuel, which released particulates into the air. Forty years on, the same engine now runs on low-sulphur diesel fuel that emits fewer particles when combusted. Nitrogen and carbon scrubbers in the exhaust ducts also help reduce greenhouse gas emissions. Energy efficiencies then ensure this fuel is used to its full potential. R/V Falkor subscribes to a Ship Energy Efficiency Management Plan (SEEMP) implemented by the International Maritime Organisation. It requires ships to measure and control greenhouse gas emissions. Through this, Falkor has increased efficiency in fuel consumption and air conditioning.

By sailing at certain speeds (<10 knots) and on one engine, less fuel is used in the long term. Soft engine starts allow speed to increase gradually without greater fuel input. The hull is cleaned periodically which decreases drag and means less fuel consumption. The air conditioning is run at the highest temperature while maintaining comfort. Windows and doors are well insulated, containing conditioned air. In addition, all lights in R/V Falkor have been replaced with LEDs, leading to less energy consumption, blowouts, and waste. New equipment is assessed for energy efficiency before purchase.

Waste
The Falkor focuses on recycling, reuse, food management, and water/sewer treatment to manage waste on board. While at sea, all waste is sorted depending on material and form, ensuring ease of recycling back on land. Lack of bin liners in cabins and multiple waste separation stations around the ship encourage conscious rubbish sorting.

Reuse is a focus on Falkor. Empty yoghurt cups, for instance, are reused for mixing paint. Old supplies are repurposed, like when making a new tarp covering. Items are bought in bulk, such as hand soap, so pump bottles are reused.

Food waste is minimised as much as possible. In port, fruit and veggies are hand-packed into reusable crates and lowered into storage, avoiding packaging. Chefs in the galley pre-plan meals to reduce waste and are creative with leftovers. Bolognese sauce is made for pasta and the next day’s lasagne; left-over noodles are put into salads; rice is repurposed into breakfast rice pudding with sultanas. The remaining food scraps have dedicated bins that are periodically emptied into the ocean. It is not feasible to store all refuse until returning to land – space, hygiene, and safety would be compromised. When thrown overboard, food scraps decay naturally in the sea.

The sewer system is also eco-friendly. All water from taps, the laundry, and toilets enter the system and eventually into a chamber filled with bacteria that breaks it down. Excess water is removed, tested periodically by the engineers to ensure its safety, and released into the ocean. If the ship were to store all this water, it would need a whole other ship! However, there is capacity to hold this water to be released once outside specific marine zones. The remaining refuse is put into a holding tank. Laundry machines are fitted with filters to collect microfibres and microplastics, so they are captured before entering the sewer system and ocean.

Overall
The R/V Falkor takes its environmental impact seriously. The crew strives for eco-friendly practices and infrastructure wherever they can. They ensure that whoever lives and works aboard contributes to marine scientific knowledge and marine ecosystem health through decreased environmental impact. 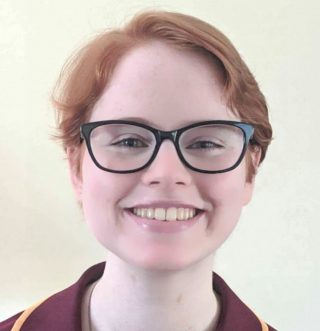