My name is Luca Magri. I am from Italy and currently a PhD student studying geophysics at the Institute for Marine and Antarctic Studies at the University of Tasmania in Hobart, Australia. My research focuses on reconstructing the plate tectonic history of a section of the south-eastern Indian Ocean by analyzing geophysical data, such as multichannel seismic reflection, gravity, and magnetics, collected during a research voyage last year in early 2020.

In particular, I am studying unique seafloor features – the submarine ridges that reveal the geological processes involved in microcontinent formation. These microcontinents are isolated pieces of continental crust, detached from a continent and surrounded by oceanic crust (Scrutton 1976).

I was given the opportunity to be part of the science party on the R/V Falkor ‘Seafloor to Seabirds’ voyage by one of my PhD supervisors and the current Chief Scientist, Dr Derya Gürer. On this voyage, we are investigating the geologic processes of microcontinent formation by collecting geophysical data. Specifically, we are exploring the formation of the Coral and Tasman Sea Basins by studying the now extinct and enigmatic mid-ocean ridges. As part of my PhD, I will compare this region to my previous case study in the southern Indian Ocean.

Based on current geological data, it is postulated that a subduction system under northeast Australia may have influenced microcontinent formation in the Coral Sea during the Cretaceous ( ~100 million years ago) (Broek and Gaina 2020). As the subsiding plate was increasing its angle of subduction under the Australian plate, the upper plate started stretching. It formed new oceanic crust that resulted in the opening of the Coral Sea and the isolation of the Mellish Rise, Louisiade, Papuan, and Kenn plateaus.

Aboard Falkor, we are able to study the ancient signatures of subduction, rifting, and mantle plumes, using the multibeam to identify different shapes and features and the magnetometer to measure the magnetic intensity of the ocean floor. We are currently investigating the Kenn Plateau, a microcontinent that makes up part of Zealandia (New Zealand). We hope our new detailed seafloor maps of microcontinents will allow us to contribute new pieces to the complex puzzle of this part of the planet and put submerged parts of Earth’s hidden continent Zealandia on the map. 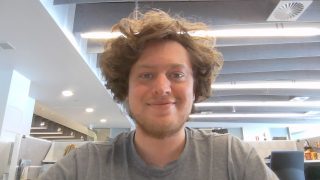