When I am out at sea and have just finished a long day of collecting seawater samples, my favorite comfort food is a big bowl of cereal. Among other things, my cereal box advises me to eat 8 mg of iron each day. Do not worry, I am assured: 100% of that iron can be found in each serving. The cereal is fortified.

Us humans need iron to keep our blood red, to bring oxygen to our muscles, and to metabolize the other foods we eat. If I swore off iron, I would start to feel tired and dizzy. My heart would have to work harder to bring oxygen to my brain. More dire consequences would eventually follow.

All life on earth needs iron to grow, and the lifeforms in the oceans are no exception. The ocean around the Falkor is filled with microscopic plankton who spend their day sifting through the salt and water to find a few precious iron atoms. For some species, a cell composed of a billion other atoms (carbon, hydrogen, oxygen, etc.) needs a few thousand iron atoms to power it. The problem is that iron is extremely scarce in seawater. If I were to get my entire iron nutrition from the ocean, I would have to swallow about a million pounds of seawater. Every day. For the rest of my life.

Pound for pound, marine phytoplankton need about as much iron as human beings. Iron powers their photosynthetic catalysts, allowing these organisms to grow by harvesting solar energy. As phytoplankton form the base of the oceanic food chain, all ocean life depends on a steady supply of iron and other nutrients.

So, in an ocean where iron is hard to come by, what can phytoplankton do? They adapt. They line their cells with transporter proteins that can bind different chemical forms of iron. And they do more (with less) by replacing iron-requiring enzymes with iron free alternatives. Still, these efforts are not always enough. In about a third of the ocean, adding iron to seawater can trigger blooms of phytoplankton large enough to see from space.

Yet here, in the subtropics of the North Pacific, iron seems to have little effect on the ecosystem. What differentiates the iron-sensitive from the iron-insensitive regions of the oceans?

The answer could be thousands of miles away from our current position. In the deserts of central Asia, dust storms loft iron-laden soils into the atmosphere. The westerly winds then blow them out to sea. As the dust settles over the North Pacific, iron is released, feeding the phytoplankton below.

Based on samples collected from this and previous cruises, we are constructing maps of iron concentrations to determine how well dust supply and phytoplankton demand match up. These measurements help validate global computational models that predict how future ocean ecosystem models will respond to human carbon emissions.

This is why I have spent the last two weeks working in a small, sealed off, “iron free” clean room. The walls and ceiling are covered in plastic sheeting, the air cleaned by a large filter, and all traces of metal are removed from our equipment. We want to make sure our samples contain iron from seawater and not from rusty screws, ship exhaust, or my own blood, sweat, and tears. 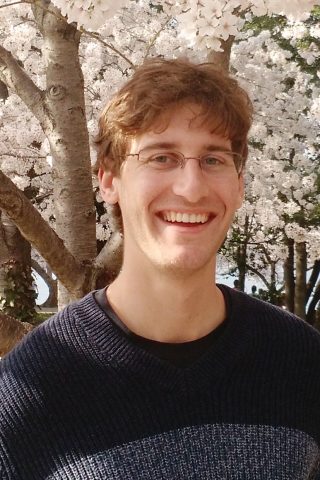