As we sail through the North Pacific Subtropical Gyre (NPSG), we are surrounded by clear, blue water. Sunlight can penetrate beyond 100 meters in this part of the ocean, so the microscopic phytoplankton that make up the base of the food web have plenty of light for photosynthesis. What they do not have enough of is nutrients—especially nitrogen. The most plentiful form of nitrogen in seawater is nitrogen (N2) gas, however the triple bond between the two molecules of nitrogen is very difficult to break. Therefore, most phytoplankton are desperate for nitrogen, taking up any available forms so fast that concentrations in surface waters are often too low for us to measure.

Nitrogen-Fixers to the Rescue
Rosie Gradoville: Luckily for the phytoplankton, a special group of bacteria, the nitrogen-fixers, have an enzyme called nitrogenase that lets them fertilize the surface ocean by converting N2 gas into ammonia, a form of nitrogen that phytoplankton can use. On the Eddy Exploration and Ecosystem Dynamics cruise, I am exploring the diversity and activity of these nitrogen-fixing bacteria.

There are several important groups of nitrogen-fixers in the NPSG. The most “famous” is Trichodesmium, a microbe that can live in colonies large enough to see without a microscope. Many other groups of nitrogen-fixers are much smaller and harder to study: instead of seeing them with our eyes, we have to examine their DNA. Sequencing the gene that encodes for the enzyme nitrogenase, we have discovered that in the springtime the most abundant nitrogen-fixer in these waters is a tiny, symbiotic bacterium called “UCYN-A.”

The Mysterious UCYN-A
In addition to being the most abundant group of nitrogen-fixers in the seawater surrounding the Falkor, UCYN-A may also be the most mysterious. We have not found a way to grow UCYN-A in the lab, so we have to spy on them in the wild, learning through clues in seawater samples like those we are collecting on this cruise. After UCYN-A was discovered using DNA sequencing, scientists used fluorescent probes to show that they live in a symbiotic partnership with a small phytoplankton cell. Experiments with isotope tracers have illustrated the terms of the partnership: UCYN-A passes fixed nitrogen to the host microbe, and the host passes fixed carbon to UCYN-A. Furthermore, sequencing the UCYN-A genome has shown that after millions of years of evolution in the symbiosis, UCYN-A has lost many important genes, and is likely unable to survive without its phytoplankton partner.

While we know that the UCYN-A symbiosis is abundant in the North Pacific gyre, we still know very little about what makes UCYN-A tick—or in this case, what makes it fix nitrogen. For instance, does UCYN-A fix more nitrogen in shallow depths, where there is more sunlight to power photosynthesis by the host? Does UCYN-A only fix nitrogen during the daytime, or does it fix nitrogen in the dark as well? And do UCYN-A nitrogen fixation rates differ in cyclonic and anticyclonic eddies? I am trying to answer these questions aboard the Falkor. Every day I collect seawater samples, spike them with stable carbon and nitrogen isotope tracers, and incubate them under different light intensities. Back in the lab, I will identify the UCYN-A partnership under a microscope and measure the isotope tracers in individual UCYN-A cells. These experiments are one small step towards understanding how environmental conditions in the NPSG regulate nitrogen fixation by UCYN-A. As long as UCYN-A stays uncultivated, we will need to keep coming back to the pains and pleasures of life at sea, gathering seawater and learning about these nitrogen-fixing bacteria, one sample at a time.

Ana Maria Cabello: The mysteries of UCYN-A extend beyond environmental controls of nitrogen fixation. Two other unexplored topics are the daily rhythms of cell division and gene expression within the symbiosis. As obligate symbionts, UCYN-A and its host cannot live separated from each other, so it is likely that UCYN-A is transferred to daughter cells during host cell division (Figure 1). As in most phytoplankton groups, cell division occurs during a very short time window just before dark or during the initial dark period. How the host controls UCYN-A division is still unknown. In this sense, microscopy observations during diel (daily light/dark) cycles coupled with gene expression analyses will shed light on the division mechanisms within this symbiosis. To this end, we have conducted a diel sampling of surface and deep communities in our time aboard R/V Falkor. For three days, we collected seawater seven times a day to examine the symbiosis microscopically and through gene expression analyses. Because Nitrogen fixation is an energy demanding process, we hypothesize that UCYN-A may depend on the power of sunlight to fuel this process, and both partners may show different transcriptional activity with depth.

Delving into the physical mechanisms of the symbiosis, it is also unclear whether UCYN-A is surrounded by the host membrane (and thus a true endosymbiont) or is attached to the external surface (Figure 2). Technical approaches to study cell structure – including electron microscopy – are challenging. Here aboard the Falkor, we are performing on-deck incubations to test whether host and symbiont can incorporate different fluorescently labelled organic substrates, which could provide new insights into how UCYN-A is exposed to the environment.

The Falkor expedition in the NPSG represents a unique opportunity to study this symbiotic system as the UCYN-A partnership is abundant (106 cells per L) in the gyre during spring time. Furthermore, by tracking the same water within an eddy for multiple days, we are able to measure the daily rhythms of the UCYN-A symbiosis within a contiguous community. We hope that our diel sampling of surface and deep communities together with substrate uptake experiments will provide new knowledge of the ecology of this intimately interconnected pair. 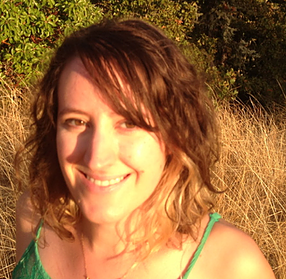 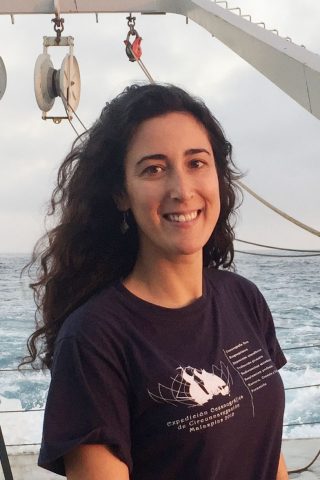