I really can’t stop moving. There are two reasons for this. One is that I am on a ship. The other is that I am on a ship. Yes, these are distinct reasons. First, life as a scientist on a research vessel is busy. I am running (or rather walking briskly; we do not run on ships for reasons I am sure you can imagine) from my bunk, to the lab, to the CTD bay, to the back deck where experiments go into and come out of the water on carefully constructed contraptions consisting of a buoy and hundreds of meters of line, called arrays. In between, if I am lucky, I run to the galley for a meal (I am usually lucky). At the same time, the ship itself is in constant motion. It rocks, mostly from port to starboard, sometimes gently, and at other times more chaotically, buffeted by swells of water. I am constantly forced to take extra steps, which often manifest as stumbles, to compensate for the rocking. And so, I am constantly moving – although not always in the direction of my choosing.

While the ship is busy rocking, it is also spinning, holding its position in the eddy we have come here to study. The eddy itself is also all about motion. It is a rotating mass of water, a type of feature not uncommon here in the North Pacific Subtropical Gyre (NPSG), but which is not particularly well-understood in terms of its impacts on biology and biologically mediated processes. The rotating motion of this eddy results in an uplift of the water column – features and organisms that we might usually expect to find at 125 meters below the surface might now appear at closer to 110 or 100 meters, with their downstairs neighbors following them up the water column. While I steady myself on board the ship thanks to my very human legs, arms, and inner ear, the microbes inhabiting this package of sea water have no equivalent mechanisms, at least none capable of combating the waters’ lift towards the sky. And that – the microbes and their upward motion – is what I am here to study.

I am particularly interested in microbes that are important in the Nitrogen (N) cycle, an element that is in high demand in the surface to mid-depth waters of the NPSG. A few microbes in the water column pull in N2 gas from the atmosphere and convert it into ammonia (nitrogen fixation), a favorite N source for all microbes. My focus is on a group of microbes called the ammonia oxidizing Archaea (AOA). A key characteristic of the AOA is provided by their name – that is to say, they oxidize ammonia to produce energy for cell metabolism. By doing this, the AOA produce nitrite – another N compound – which serves as an energy source for nitrite oxidizing Bacteria (NOB). NOB use nitrite as an energy source, and in doing so, produce nitrate, which other organisms can convert back to gaseous forms of N in a process called denitrification. A cycle that can not stop, at least not while these microbes are around.

The AOA, however, are sensitive to light. The lighter it gets, the less well they perform. This is not the case for the NOB. And this dichotomy brings us back to our eddy and its uplifted water column. Just like I am stuck in motion on the ship, the AOA are stuck in the uplift of the eddy, forced to confront the sunlight that penetrates the water. To better understand what happens to the balance between the AOA and NOB in the context of the eddy, we designed experiments in which we incubate seawater spiked with either ammonium or nitrite labeled with a heavy stable isotope of N. Think of this heavy N as a stable form of a radioactive molecule – its properties differ from most of the forms of that molecule found in nature, so we can track it, but it does not give off radioactivity. We fill bottles with seawater before dawn, half of which are clear to allow light in and half of which are darkened to keep light out, add the labeled ammonium or nitrite, and incubate them on the array.

The array floats near the ship, its buoy at the surface blinking its light back at us so we can find it when the incubation is complete, 24 hours later. After the incubation, the bottles are recovered and the water is frozen. In the coming months, we will analyze the samples, tracking the labeled nitrogen that we added and recording the amount converted from ammonia to nitrite to quantify the activity of the AOA, and the amount of nitrite converted to nitrate to quantify the activity of the NOB. We will look for differences in the light and dark treatments that we hope will answer the question of who wins when they can’t stop moving: the Bacteria or the Archaea? 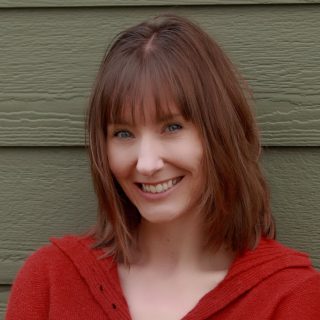