In all of the world’s oceans, billions of small animals commute between their daytime habitat – 200 to 1,000 meters deep- and their nighttime feeding grounds, just below the surface. These fishes, crustaceans, jellies, and squids – ranging from two to twenty centimeters in length – are collectively called “micronekton” for their small size (“micro”) but respectable swimming ability (“nekton”). While the few hundred meters these animals migrate may not sound impressive compared to the thousands of kilometers covered during the migrations of white sharks or whales, when considered collectively, the daily vertical migration of micronekton is an astounding event.

Micronekton play a central role in open ocean food webs as prey for numerous large fishes, squids, mammals, and birds. Scientists estimate that the total weight of micronektonic fishes in the ocean is greater than ten billion metric tons. That is approximately forty-five times the weight of the global human population! And this is only the fish component – the total weight of all micronekton is much greater. Micronekton often form dense, diverse groups that can span hundreds of square miles. Despite their abundance and ecological importance, relatively little is known about micronekton because they are difficult to sample.

On this voyage, we are using sonar to detect the density and distribution of micronekton below the ship, trawling with a net to sample and identify the organisms, and diving with remotely operated vehicles (ROVs) to directly observe the animals’ distributions and behaviors. The white sharks that migrate to the café typically dive to similar depths that micronekton occupy during the day; a clue that these animals may play a role in supporting sharks when they leave their productive, coastal homes by venturing out into the relatively low productivity waters of the open ocean. By investigating the micronekton, we hope to reveal the structure of the food web in the White Shark Café.

Why Migrate?
The daily migration of micronekton strikes a delicate balance between the chance of getting eaten and the chance of finding food. Most of the animals in the ocean depend on single-celled marine plants called phytoplankton, which form the base of open ocean food webs and live near the surface where there is enough light for photosynthesis. This concentration of phytoplankton near the ocean’s surface results in a similar clumping of animals that eat phytoplankton, the favorite prey of many micronekton. However, micronekton are not the only animals that prefer to hunt near the surface of the ocean. Many predators that feed on micronekton (e.g. tunas, billfishes, and sharks) use their eyes to hunt, and thus are more effective near the surface where there is plenty of light. By retreating to deeper habitats during the day – where there is very little light – micronekton reduce their chances of getting eaten by visual hunters. At night, under the cover of darkness, micronekton migrate toward the surface to feast.

What is Special about Micronekton?
To live in the open ocean is to be exposed. There are no trees or rocks to hide behind, no solid surfaces to match your colors, blending into the background. Animals in the open ocean must camouflage themselves against empty water and light. The most awe-inspiring things about micronekton are the common strategies that have repeatedly evolved in distantly related animals that allow individuals to hide and hunt hidden prey. The simplest strategy to blend into the darkness is to be darkly colored or red. While red is an attention-grabbing color on land, most red light is absorbed by water near the surface, so red animals appear black at depth. Some micronekton are transparent or have transparent larvae, letting light pass right through them and achieving invisibility. Though less than 1% of sunlight that hits the ocean surface makes it to the depths that these migrating animals call home, there is still enough light for micronekton to cast shadows as they swim. To hide their presence from predators lurking below, the bellies of many micronekton are covered with photophores, bioluminescent organs that emit light and effectively eliminate the micronektonic organisms’ shadow.

Finding food in dimly lit waters requires an ability to break the camouflage of potential prey. Many micronekton have large, sensitive eyes that allow them to see with very little light. Some even have eyes that are oriented upwards, making it easier to scan the overlying waters for the shadows of prey swimming above. Every time the trawl is brought back on the deck, we sort through the haul and identify dozens of species with these incredible adaptations: it never gets old.

Why Does it Matter?
Almost every large oceanic predator eats micronekton at some point in its life, and many of these predators are either commercially fished for food or are endangered and protected. The daily vertical migration of micronekton allows predators to share a common food source; some can dive deep to feed on micronekton at night, while other predators are limited to catching micronekton when they migrate closer to the surface. The daily migration of micronekton also helps the ocean soak up carbon dioxide. By consuming carbon in the form of food near the surface at night, then releasing it in the form of waste into deeper waters during the day, micronekton physically “pump” carbon into the depths of the ocean. This action reduces the concentration of carbon at the ocean’s surface and allows more to be absorbed from the atmosphere.

The White Shark Café is currently used as a fishing ground by commercial fisherman from many countries, mostly targeting bigeye tuna. For the white sharks, this may literally be a café, providing meals of squids and tunas, a light substitute for the seal-heavy diets they enjoy in their coastal, winter homes. Describing the food web of this region will help us understand why oceanic predators come here, and may help us predict how they will respond to a changing climate, enabling better management of marine resources and protection of marine species. 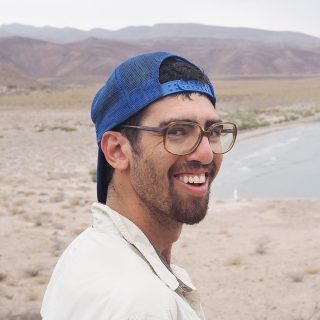 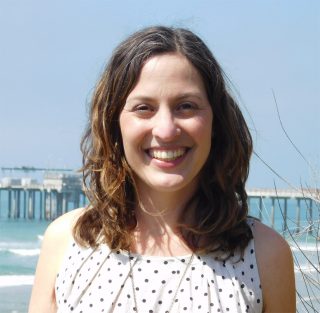