My name is Dhugal Lindsay and I am an Australian scientist from Queensland living and working in Japan. I work for the Japan Agency for Marine-Earth Science and Technology (JAMSTEC), which is like the NASA of the seas in Japan. We operate the Shinkai 6500 human-occupied research submersible, and I have dived in it and its predecessor – the Shinkai 2000 – a total of 23 times to a maximum depth of 6500m beneath the waves. We also operate a fleet of scientific research vessels and several robot probes for doing deep ocean work. My main area of work concerns the gelatinous inhabitants of the deep sea – the jellies! I work on developing the technologies and methods for surveying how many of what jelly species are where in the ocean and water column. These are very basic questions but very hard to answer when your targets are soft, transparent, mostly made of water, and many of them are new to science!

I am often quite excited to poke around in a tray of goop when it comes up in a net, so my colleagues have been known to refer to me as the “Jellyman” (maybe I’ll get a Hollywood franchise someday). Describing new species is one of the things I do as the “Jellyman”. I recently had to describe three new genera and a couple of new families in order to hold a number of new jellies which were previously considered to be just one single species.

I recently had the opportunity to lead a water column survey with the Schmidt Ocean Institute off of Fraser Island in the central Great Barrier Reef. We saw so many amazing gelatinous critters and likely discovered a few new jellies for science. I would love to explain some of the amazing organisms we saw during this dive with Remotely Operated Vehicle (ROV) SuBastian.

The animal in this image is a jelly called Colobonema sericeum. It belongs to a group of jellies called the hydrozoans, which lack the long, ribbon-like arms centrally located around the mouth of the jelly, which are characteristic of scyphozoans. Within the hydrozoan jellies, Colobonema belongs to a group called the Trachymedusae. The Trachymedusae do not attach to the seafloor as a polyp in part of their life cycle, like many other jellies, but rather develop directly from a larva into a small, swimming jelly. There are not many hard surfaces for a polyp to attach to in the open ocean, so direct development into free-swimming larva has allowed this group to be very successful in the water column.

Colobonema is most famous for its long tentacles that can be detached when the jelly needs to escape from a predator. This is an amazing adaptation for surviving predation, because shedding tentacles cuts down on water resistance, allowing the jelly to cover more distance with each pulse of its bell. Additionally, the tentacles produce light (bioluminescence), which may distract predators long enough for the jelly to make its escape. Curiously, when we find this species, it is usually found at around 500m depth, no matter what the temperature or salinity of the water is. One thought for why this might be is that it decides what depth to inhabit based on its ability to sense pressure, instead of reacting to oxygen availability, temperature, or other environmental parameters.

The jelly in the second image is one of the main targets we have been searching for during our surveys off the east coast of Australia. It is known as the dinner plate jelly and goes by the scientific name of Solmissus incisa. There seem to be several undescribed species of Solmissus masquerading under the name Solmissus incisa and we are currently trying to sort out their taxonomy. Solmissus is a type of hydrozoan jelly belonging to the group Narcomedusae (Latin for sleepy snake-haired monster). Narcomedusae mostly eat other gelatinous critters. Their long, thick tentacles extend outwards from mid-way up the bell, instead of being attached to the rim of the bell, like in most other jellies. Narcomedusae hold their tentacles in front of them when they swim so that the stinging cells on the tentacles come in contact with their prey before the prey can sense the movement of the swimming jelly.

Narcomedusae also seem to be parasitic in the early stages of their lives. Some species are known to develop inside of a fully grown adult, rather than developing free in the water column. In at least one Solmissus species the eggs hatch and the larvae develop within brooding pouches in the stomach of the adult. The bright white spots flanking the base of the tentacles in the animal in the above image probably have larvae developing in them.

Every dive we make in the midwater yields new discoveries so I cannot wait to do our next dive further north off Cape York! 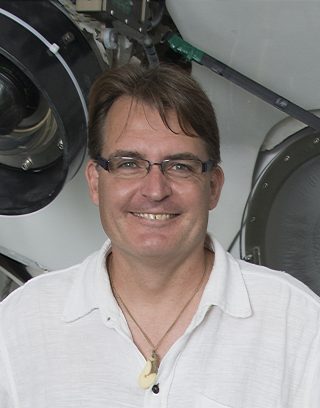 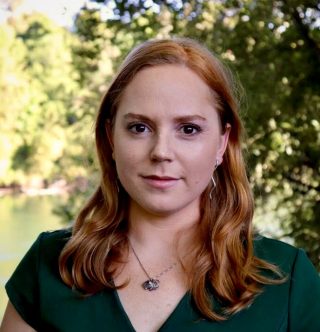