From here on the Falkor, sitting atop 2,000 m of water, in the 30°C warm air offshore of Cape York in the far northern GBR, there is seemingly no sign of the large, beating heart of the global oceans – the Southern Ocean. It’s a long way from here to the 15 meter-high seas and endless westerly winds, sea ice, and subzero temperatures that make the Southern Ocean such a hostile place.

Or so it would seem…

Beneath the surface of this tropical bath, at around 500 m depth, there it lies – the arteries of the Southern Ocean, teeming with nutrients and supplying food to the world’s deep oceans, through a water mass called ‘Antarctic Intermediate Water.’

This cold and dense, life-sustaining deep water was born in the Southern Ocean. Brought up from the depths by the strong never-ceasing westerly winds, it surfaced near the continental shelf where it took its first breath in 1,000 years. It exhaled much of the carbon dioxide it had absorbed when on its previous trip around the globe. Then, it began moving northward across the ocean surface as ‘Antarctic Surface Water,’ collecting oxygen and the plentiful high latitude nutrients along its path.

As it reached the warmer, more buoyant Subantarctic surface waters, it took a final breath and began to plunge deep in the ocean to become Antarctic Intermediate Water. It then journeyed around the Pacific, Indian, and Atlantic Oceans, delivering vital nutrients and oxygen to the tropical waters below about 500 m depth, in turn removing carbon dioxide from the atmosphere and absorbing heat to be taken back to the cold Southern Ocean.

Here in the waters off North Queensland, below the southward-flowing East Australian Current (EAC), the cold Antarctic Intermediate Water flows northward along the GBR continental slope and within the adjacent deep basin – the Queensland Trough. It brings fresh nutrients and oxygen to the deep canyons lining the continental slope and on the basin floor, supporting the coldwater coral communities found at these depths. So, the life of the coldwater corals and sponges, the colourful midwater jellies, and strange deep-sea fish are dependent on the cold, nutrient-rich water that flows here from Antarctica.

The Great Barrier Reef has been impacted more than most other places by the ever-rising atmospheric carbon dioxide and temperatures. As shallow waters absorb carbon dioxide, the water becomes corrosive and dissolves the delicate carbonate structures that make the reef so unique. The Southern Ocean’s ability to lock in excess carbon dioxide and heat for centuries means it is working hard to keep some of the effects of climate change at bay.

So, even here in this tropical climate, the Southern Ocean is assisting in sustaining life and maintaining the delicate balance of temperature and chemistry along the edge of the Great Barrier Reef. 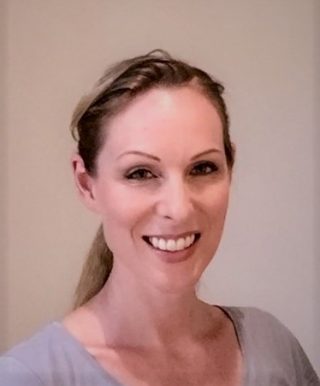