The Great Barrier Reef (GBR) is aptly named. Off the coast of Queensland, Australia, it spans over 135,000 square miles of ocean and spreads across 14 different latitudinal lines. It comprises around 3,000 individual reefs, 760 fringing reefs, 600 islands, and 300 cays. Perhaps the most fascinating thing about the GBR, however, is that the entire structure is alive and a bastion of biodiversity: The GBR is home to 600 different coral species, over 1500 species of fish, around 30 species of marine mammals (including the endangered dugong), 6 of 7 species of sea turtle, and countless other flora and fauna.

The GBR also holds great cultural, historical, and economic value. The GBR became popularized after William Saville-Kent’s 1893 publication “The Great Barrier Reef of Australia; Its Products and Potentialities” and now provides over 64,000 jobs and generates over $6B to the Australian economy annually. Seventy Aboriginal and Torres Strait Islander groups utilize the GBR, and have for generations. The reef also provides ecosystem services such as protection from shore erosion and storm surges, acting as a buffer from seasonal storms.

Some of the reef is more than 120,000 years old, but today, the reef faces several threats to its survival. Invasive species like the crown-of-thorns starfish can individually graze between 6 and 10 square meters of corals per year. Deforestation and the subsequent runoff also poses a threat. Possibly the most immediate and farthest-reaching risk is that of climate change, which causes mass bleaching of reefs when ocean temperatures rise above tolerable levels for the symbiotic algae (zooxanthellae) that inhabit the coral skeletons.

There have been several expeditions over the years into the depths of the GBR. Recent Falkor expeditions have led to discoveries of new species of coral and fish, and a greater understanding of the geology of the reef. One of the mysteries still unsolved, however, is where exactly the edge of the GBR is. We are aware from satellite imagery, how long the reef is, but what we do not know is how far the reef extends into the depths. The Northern Depths of the GBR expedition hopes to answer this question. The team aboard Falkor will attempt to use seafloor mapping and ROV surveys to discover the extent and cause of the Swain Slide, determine whether cold-water coral communities exist at the Gloria Knolls, and explore whether the fossil reefs of Cape York extend to the northern extent of the GBR.

The Northern Depths of the GBR expedition will likely help us to understand the geologic history of the GBR and provide a baseline by which to monitor the effects and extent of climate change along the reefs. It is also likely that more poorly understood species will be able to be studied, and that new species may be discovered. This knowledge will also aid in the future management of the Marine Park, allowing the protection of one of the most beautiful living structures in the world. 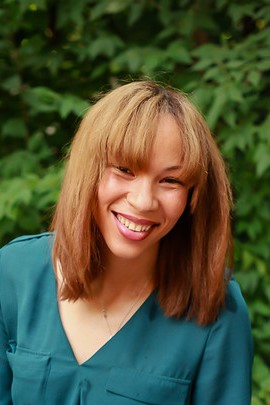