During the tenth dive of the voyage, the Falkor crew came across a small shark resting on a sand patch on a rock wall at 881 m depth. The Falkor team and online viewers were in awe as the SuBastian crew perfectly shifted to follow it around for several minutes. Dr Will White (CSIRO’s Australian National Fish Collection), who was part of the virtual science team during this voyage, is an expert on sharks and identified the species as the Short-tail Catshark Parmaturus bigus.

The short-tail catshark is one of the rarest species of sharks in the world, only known from a single specimen collected from the Saumarez Plateau in the southern Coral Sea in 590 m depth. This holotype was a 71 cm long female and is preserved in the Australian National Fish Collection in Hobart. The specimen seen by the Falkor team was a 50-60 cm long adult male.

This newly recorded second specimen extends the known depth of this species down to 881 m and represents a 1200 km northward range extension. A third specimen of this species, another adult male, was also recorded by the Falkor team back in May this year off Moore Reef on the Queensland Plateau in 847 m depth. At that time, the identity of this shark was not known.

The short-tail catshark belongs to the family Pentanchidae (deepwater catsharks). Most of the 109 species in this family are oviparous; that is, they lay eggs where the young develop before hatching. It is often tough to match up egg cases of deepwater catsharks to a species as they are rarely seen together. Luckily, Dr White is busily examining egg cases from Australia’s oviparous sharks and rays. Upon dissection of the holotype of the short-tail catshark, Dr White found it contained two egg cases. These egg cases were very distinctive in having deep ridges running lengthways of the egg. Most egg cases are not ridged like this. The only other shark in Australia to have ridges is the draughtboard shark, Cephaloscyllium laticeps (Family Scyliorhinidae). But the ridges on that species run across the width of the egg case, not lengthways.

Amazingly, during only the second dive on the first Coral Sea voyage in May 2020 in 486 m depth off Osprey Reef, an egg case was seen by the Falkor team on a coral colony. Shark egg cases are oval in shape, usually with long tendrils at both corners of each end. The egg case seen here had its tendrils strongly wrapped around a bamboo coral (Suborder Calcaxonia). The great footage taken by the Falkor team showed the distinctive ridges running lengthways on this egg case – from the short-tail catshark!

Sharks laying egg cases on coral have been recorded before. The draughtboard shark from shallow water of southern Australia attaches its distinctive egg cases on sea whip corals (Family Primnoidea) in the same suborder as the bamboo coral seen in the Coral Sea.

Through the efforts of the Falkor team, we now have three more records of one of the world’s rarest sharks. These records provide the first footage of a living specimen, provide a 1200 km range extension, provide insights into habitat where adults are found, and show the substrate used for attaching egg cases. 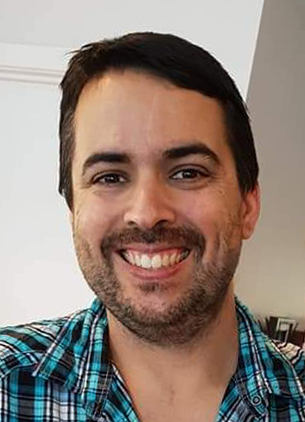