Someone once said, “You cannot possibly design a less-interesting animal than a sea cucumber.”

To some extent, this is correct. Sea cucumbers, also known as holothurians, are the worm-like, elongated echinoderms found lying dormant or crawling slowly on the seafloor. Although sea cucumbers are considered a delicacy in some countries, as someone who has tried eating them, I have to say they are the most plain-tasting seafood I have ever had.

While snorkelers and divers often see sea cucumbers on reefs, when it comes to using modern image techniques to locate them – such as low-flying aerial drones over sandy lagoons – they can be challenging to find. They often have dull but well-camouflaged colouration and shapes that resemble other reef animals and plant life. So for my Masters’s project at James Cook University, I am using an algorithm to automate the sea cucumber detection process on computers against drone-collected images.

Falkor’s ROV team may have a different perspective on this topic, though, and I think they are one of the most fascinating marine animals you could possibly encounter! Sea cucumbers are undoubtedly strong candidates in the marine beauty contest (if there are any).

Divers and scientists might be familiar with the following facts: they shoot their guts (some eject their viscera, while others shoot some very sticky organs called Cuvierian tubules) to deter predators, and they sometimes let fish (pearlfish) live in their anus. They can breathe oxygen from water drawn through their anus.

They are also essential to the marine ecosystem. Sea cucumbers eat detritus particles and excrete clean sand—a process called bioturbation or the reworking and reconstructing sediments by animals. In other words, they make the nutrients buried in the sediments available again to other organisms. Interesting, right?

Yet, the deep-sea holothurian community remains very mysterious. Deep-sea cucumber taxa have been documented since the 19th century, and samples are mainly collected by trawling blindly or as bycatch during fishing. Only with the technological advancement of submersibles (occupied submersibles like DSV-2 Alvin or the Shinkai 2000, or Remotely Operated Vehicles like SuBastian) in the past 20-30 years has it become possible for us to observe and record in-situ appearance and behaviour of bathyal and abyssal holothurians.

After seeing these sea cucumbers at depth with our own eyes, they seem a lot prettier than their shallower cousins. Holothurians usually have many morphological variations (spiky or smooth textures, dotted or mottled patterns, elongated or spherical body shapes). Their body walls can be translucent or even transparent, one of the most distinctive characteristics among deep-sea holothurian communities. Their internal organs are displayed like presents behind a Christmas shopping window—you just can’t shift your eyes away. This is because they have higher proportions of gelatinous tissue than collagens, keeping them neutrally buoyant in the ocean and allowing them to swim faster.

Yes, that is right—these deep-sea holothurians can swim. Actually, most sea cucumbers can. They are capable of facultative swimming, which means they will swim when there is an emergency. But for the most part, common sea cucumbers in shallow reefs just move very slowly with their tube feet or tentacles, like worms crawling. The so-called “emergency swim” is more like a sped-up rolling slightly above the bottom.

Deep-sea holothurians swim quite differently. We can still see the crawling trails they left behind, but more often, we see them ‘dancing’ around. Some of them (e.g., Enypniastes sp.) will use an umbrella-like brim swimming structure to lift the body vertically off the seafloor. In contrast, others can move around the water column by flexing the posterior portion of the body and combining a rhythmic pulsation from the anterior brim (e.g., Paelopatides sp.). Moreover, they can sustain such an active movement for more than 20 minutes!

Why are they swimming, and what are the evolutionary benefits of such behaviours? In 1990, Miller and Pawson from the Smithsonian Institution shared several assumptions. The swimming behaviour could be a result of avoiding predators and physical dangers, trying to find more food faster, or they might be absorbing nutrients dissolved in the water. Many more scientists are still trying to answer these questions.

The more I know about this beauty pageant contestant-to-be, the more I would like to see them around both in shallow reefs and in the deep sea, and to better understand them. They truly are a hidden beauty in the darkness. 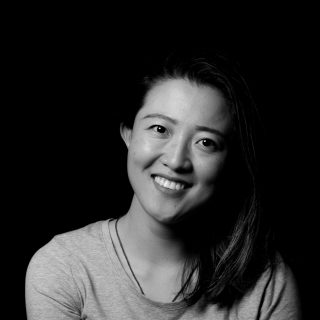