Submarine canyons are steep-walled valleys with deep axes and underwater terrain comparable to even the largest land canyons, such as the Grand Canyon. Canyons sculpt the continental margins worldwide, producing a wide range of shapes or morphologies.

Like rivers on land, these underwater features act as the primary conduits for sediments (and associated nutrients and organic carbon) transported from the continental shelf to the deep ocean basins. Here the sediment is deposited, forming enormous sediment accumulations, called submarine fans, that resemble river deltas.

Canyons are significant because they often show large regional biodiversity and biomass abundance, including many economically important fish species. Here, where oceanographic processes interact with the rugged terrain, primary productivity is enhanced. Canyon habitats also provide critical nursery and refuge sites for other marine life, including vulnerable marine ecosystems such as coldwater corals and sponge gardens.

Since the 2007 expedition of the Southern Surveyor, which first mapped the Great Barrier Reef (GBR) canyon systems with multibeam sonar offshore of the Ribbon Reefs, scientists have highlighted two main types of canyons incising the shelf edge: shelf-connected canyons and reef-blocked canyons.

Shelf-connected canyons capture sediment from the shelf through the narrow passages between reefs and, thus, can funnel a mix of sediments including marine calcium carbonate (limestone) and terrestrial silica (quartz) and even vegetation, washing off from the Australian mainland.

In contrast, reef-blocked canyons have large, shallow reefs that fully rim the heads of canyons, and these reefs can block sediment supply from the open shelf. Only the limestone sediment coming directly from the reefs can be transported down the canyons into deeper waters.

However, our understanding of the full range of morphological complexity (and the controlling factors) of the GBR submarine canyons is far from complete – particularly in light of the new mapping conducted by the Falkor during this expedition.

The Falkor has been mapping the far northern GBR offshore the Cape York region from shallow waters close to the barrier reefs lining the shelf edge, down to more than 2000 m in the adjacent basin. Falkor uses a Kongsberg EM302 multibeam echosounder to collect this high-resolution bathymetry (depth) and backscatter (seafloor texture) data.

These new mapping datasets, combined with previously collected multibeam data, reveal a spectacular network of large submarine canyons that are sculpting this part of the far northern GBR margin, creating a morphologically complex and stunning underwater landscape never seen before within GBR.

For example, the newly mapped canyons area offshore of Princess Charlotte Bay in Cape York has a ‘catchment’ area of about 50 km along the margin, concentrating about 14 separate canyons into a main trunk canyon that stretches ~30 km downslope to depths of greater than 2500 m.

Another discovery is the vicinity of the Detached Reefs – a series of tall (several 100s of metre high) reefs. Here, large ‘plunge pools’ form within the canyon axes at several depths of ~1000 and 2000 m. These strange holes are semicircular depressions lying at the foot of very steep walls that resemble waterfalls on land.

Their origin is still uncertain, but they could be related to sediment flows running at high velocities through the canyons, or they may have a terrestrial origin as water-carved features, then have drowned through subsidence of the seafloor over long geological periods.

Thanks to the ROV SuBastian, we now know that the rugged canyon seascape in the far northern GBR is not a marine desert – on the contrary, it is full of life. Abundant and diverse flora and fauna live on the steep canyon walls, and small submarine landslide blocks exist on the floors of canyon axes. This voyage continues to reveal new and exciting findings of the diversity of the GBR canyon habitats. 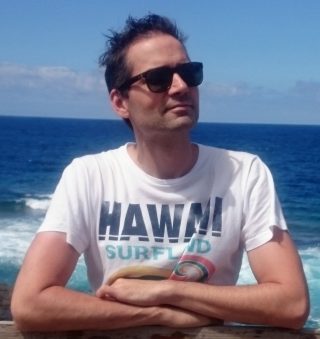