Apart from a one-month stint in undergrad sailing across the Atlantic with Sea Education Association, I have never been on a research cruise before. I knew to expect seasickness to come with the swells and fade with time, to quickly bond with fellow shipmates, and to settle into a rhythm of odd working hours to get the job done. But what would it be like to work on a research ship with seasoned scientists and engineers? To deploy my own instruments? In preparation I had packed every tool I thought I would need to hack together or fix anything we brought. Still, my inexperience worried me: What if my instrument corroded on the first dive? What if I had the wrong O-ring grease? And what if I ran out of toothbrushes?

First Steps
We arrived to a bustling ship with skilled teams keeping everything running smoothly. The ROV team quickly integrated all our instruments onto the ROV. Any tool I could have needed was already on board, including a lathe and mill! There is a laundry, sunrise yoga, a gym – and I have been eating more vegetables than I have in months. The friendly crew offered up seagoing stories, advice, and their help.

My role aboard the ship was supposed to be relatively simple: shadow chief scientists Dr. Anna Michel and Dr. Scott Wankel, to learn the ins-and-outs of operating our laser spectrometer (for measuring methane isotopes in situ). On the next cruise I will be the main instrument operator. However, a month before the cruise, my advisor and I decided that I should use the ship opportunity to test inexpensive dissolved gas sensors I had been developing. My first prototype had performed well alongside a commercial sensor in the Arctic, and we wanted to use the opportunity to verify it at depth. The task would involve a full redesign of both the electronics and mechanical structure of the sensor. We would use the opportunity to test both the inexpensive dissolved gas sensors as well as a method to remove gas from instruments at depth.

Make It Happen
It was a task traditional engineering would have balked at. Normally instruments take years to develop. Ship-time is so precious, you do not want to risk something leaking or failing because of a slight analytical misstep. In a lot of ways, designing for the deep sea is like designing for space. Everything has to be perfect the first time, because you might only have one launch (or in this case, cruise) to use it and no opportunity to fix something if it goes wrong. Usually months of testing and verification are required, both to validate the scientific merit of the measurements and to show it will not fail at sea. This is true with the instruments we have brought with us to put on the ROV, like the mass spectrometer and laser spectrometer. They are incredibly complex and expensive instruments, so the investment of time, resources and expertise is warranted to make sure critical components do not fail.

In a month, I would not have the luxury of testing before the cruise, so I designed everything to be modular and adaptable. If a sensor failed I could easily swap a new one in. If a membrane failed I could easily cap it off. To reduce complexity, I built two mechanically identical instruments: one to test the dissolved gas sensors, and another to test the gas removal method. I used inexpensive, off the shelf underwater housings and electronics. I used 3D printing and rapid CNC machining for components I could not source. And of course, there is some hot melt and duct tape in there too.

Wrap Up
Did I do it? By the seat of my pants, yes. I received the instrument housings the night before we left port. I epoxied the sensors into place and soldered the control boards at sea. Some portions of the motor control I am still finishing at sea. All mechanical components have survived their first several dives to >800m without leaking. I am most proud of this feat, because in order to have the modular flexibility, I would have needed a total of 44 O-ring seals per instrument. Before this, I had only designed seals for shallow water (<30m) use.

If I had not had this one-month deadline, I would probably still be in the library figuring out a better way to build it, stuck in the slow cycle of developing a perfect instrument the first time around. While there are many things I would change, I will save that for the next round of prototyping. Through this experience one of the most important things I have learned is what a shipmate told me while I was worrying about one of my 44 seals failing: sometimes you just have to dunk it in the ocean and see what happens. 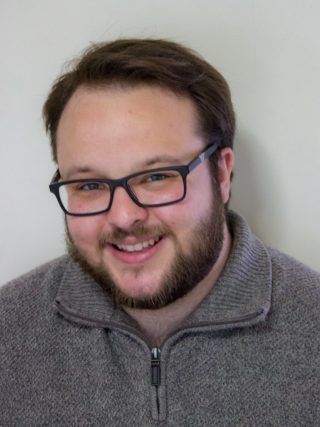