The Earth’s flow of energy – from animals, to plants, to microbes – is dictated by electron transfers: that is, moving electrons from one molecule or element to another in order to gain energy. These types of reactions have dictated the evolution of life on Earth. Photosynthesis is perhaps the most familiar such reaction, where the electrons from carbon dioxide and water are used to make oxygen and sugar. However, before the appearance of oxygen-generating metabolisms, early life metabolism was governed by different electron transfer reactions – most of these involving metals because of their ability to readily donate and accept electrons.

As a result of this early evolution, metals still play a central role in microbial life, as essential elements in enzymes responsible for processes like photosynthesis and protection against toxicity. Understanding how metals cycle in the ocean is therefore central in understanding life on Earth, as the inventory of metals has been subject to shifts in chemistry over the Earth’s history. These shifts have thus driven biological evolution on Earth – emphasizing the profound impact of changing conditions and metals on biological communities in the ocean.

Three of a Kind
The Cascadia Margin is a highly chemically active region because of three dominant features: (1) low oxygen at depth, (2) high carbon input from the Columbia River, and (3) high metal input from the coast. In combination, these features result in a microbially rich and diverse system, with a variety of microbial metabolisms. This is particularly true in the sediments, where carbon and metals from the coast ultimately accumulate. As oxygen is rapidly used up in the top of the sediments, other metabolisms dominate below (including metabolisms using manganese and iron) –  and then further below those, metabolism-processes that result in the production of methane.

We are interested in what happens as these different metabolisms overlap – do organisms use metals to consume methane as a carbon source? How does this influence the formation of methane bubbles seeps? What types of metals are most bioavailable? How do are the metals in the upper sediments different from those below?

Answers and Assessments
In assessing the metal composition of the sediments and overlying waters, we hope to shed light on these questions and on the processes that govern the release of methane from the sediments to the overlying water. Of the metals present in our sediment sites, we believe manganese and iron are the most reactive and abundant, and are measuring the composition of both metals at a variety of depths in the sediments and in the water above the sediments. In particular, we think that manganese and iron may be an important loss mechanism of methane. To test this, we will be using a 1200 tube incubation to assess the rate of methane consumption by organisms that use either manganese or iron.

Understanding this metal-driven mechanism will allow us to add a piece to the puzzle about the fate of methane from the Cascadia Margin bubble seeps. Because methane is a potent greenhouse gas, understanding its fate is critical in developing better models to describe global climate change. Finally, beyond understanding the current dynamics of the Cascadia Margin system and future climate change scenarios, we hope that our dataset will provide valuable insight into metabolisms that can evolve without oxygen – informing us about the Earth’s evolutionary history and potential life on other planets. Thus, taken together with the methane measurements made during our Falkor cruise, we hope that our iron and manganese measurements will ultimately broaden our understanding of the Earth’s past, present, and future. 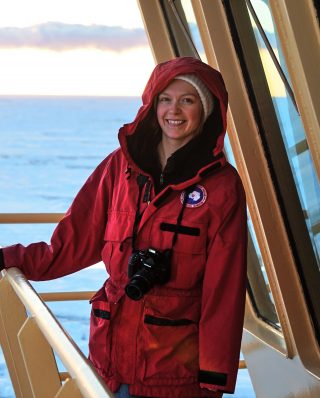