As we steam towards San Francisco in rough seas, I am reminded how lucky we have been during our time on the Falkor with the weather, never losing any days to poor weather. Falkor really is the luck dragon! I have been at sea now for 27 days, and during this time we have deployed an autonomous benthic lander and the ChemYak, tested new in situ sensors, collected samples for biological, chemical, and geological analysis and hunted the elusive bubbles.

At times the bubble hunt was frustrating. We would find bubbles in the multibeam and then dive on the sites only to find the bubbles were gone. At other times we would watch a vigorous plume slowly turn off as if someone was turning off a bubble tap. However the more we hunted bubbles, the more intrigued I became with them and the more questions I found myself with. The Falkor crew and ROV team joined the hunt, watching for signs of bubbles on sonars. There were many shouts of “Bubbles!” on the bridge as flares appeared on the multibeam screen and in the science control room as Subastian came upon a stream of bubbles. Each morning when I woke up, the officers and marine technicians excitedly showed me what had been found overnight in the multibeam. To me it seemed that everyone aboard Falkor had not only become a bubble hunter, but also had become a scientist. Everyone was trying to find bubbles and coming up with theories about why the bubbles were on or off, checking the tides for possible clues. It was really a team effort.

I hope during our time at sea we have also helped to inspire the next generation of deep ocean scientists and engineers. We brought five graduate students with us who had never been to sea before. They learned how to deal with seasickness, how to work at a computer on a rolling ship, and how to stand watch. We also interacted with many K-12 students during ship to shore interactions. One of the elementary students seemed very intrigued asking “What should I study so I can be an ROV designer when I grow up?”

During our time on Falkor, we dove to the sea floor over 20 times. We are leaving Falkor having found lots of bubbles and with data that will help us to understand a little more about the fate of methane in the water column. Yet we are also leaving with a lot of questions. I can not stop thinking about the things we learned hunting bubbles and how much I want to return to see them and to study them. I am still filled with amazement each time we dive to the sea floor. When I look out at the ocean, I am still surprised that hidden beneath the waves down deep at the seafloor are all sorts of secrets waiting to be uncovered. Every time I come to sea to explore the deep ocean, I feel so amazed that I get to do this for a career.

Farewell Falkor! Farewell to her crew and ROV team – we will be back to explore again. Until next time… 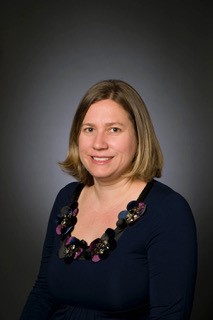