Many individuals are understandably oblivious to the resources and the teeming life contained below the surface of the ocean. Submarine pilots, marine biologists, and the like are the exception, but the folks who live in landlocked states only know from what they learned in school (and for some that was a long time ago). A disastrous blowout in April, 2010, on the Deepwater Horizon attracted attention from scientists to improve our understanding of physics of methane bubbles and hydrates in the deep sea. Dr. Scott A. Socolofsky and his research group in Zachry department of Civil Engineering of Texas A&M University have introduced an oil-spill simulation model, called TAMOC (Texas A&M Oil-spill Calculator), that predicts the fate of oil and gas plumes from blowouts. In-situ (or, on site) observations of methane bubbles can further enhance the validity of the simulation model, and thus, we are aboard the R/V Falkor to explore natural seeps off the west coast of Oregon.

What We Do
Rising methane bubbles from natural seeps can either dissipate in the water column, or “survive” up to the water surface and be released into the atmosphere. The important aspects to know include: How they can survive up to the water surface? What causes their longevity? We are seeking the answer from “hydrates,” the ice-like solids that form on bubble surface at certain places of high pressure and low temperature. Acting as an armor of bubbles, the hydrates formed on bubble surface increase the lifetime of bubbles, allowing the bubbles to travel further up the water column, and possibly to the water surface. During this Falkor research cruise (Hunting bubbles: Understanding Plumes of Seafloor Methane), we are capturing in situ high-speed, high-definition (HSHD) images of rising methane bubble plumes with TAMU’s sophisticated stereoscopic imaging system, developed by Dr. Binbin Wang and Dr. Socolofsky.

HSHD Stereoscopic Imaging System
Two Phantom high-speed cameras with 14mm Nikkor lenses are aligned on a rigid aluminum plate at an angle of 22° and securely mounted in Prevco high-pressure housings. We can capture bubble images at a maximum of 2560×1600 pixels, up to 800 frames per second (FPS), and at a depth up to 1,500m underwater. The TAMU stereoscopic imaging system enables us to access the three-dimensional location and scale of objects with the images produced. With a single camera system, only two dimensional data is available from the images since it does not provide depth information. Image appearance from a single camera system is different depending on its real location (i.e. closer bubble looks larger, and farther bubble looks smaller). Conversely, the 3-D data acquired from bubbles images are utilized to more accurately calculate the volume of individual bubbles with the more sophisticated depth information.

A typical bubble size (radius) from natural seeps is 2 – 4 mm, and hydrates on the bubble surface are also so small that human eyes cannot really identify the existence of hydrates in camera images. The technique to distinguish whether there is a hydrate or not is to look for bubble’s wobbling behavior, which can be only seen at high speed (i.e. 200 Frames Per Second). Bubble/water interface pulsates (or wobbles) without hydrate, but it becomes immobile with the presence of hydrate on its surface. 200 FPS images taken with the stereo camera system show precise 5 milliseconds motion change of methane bubbles so that we can determine the presence of hydrates on bubble skin.

Goal
Bubble size distribution at varying depths in the water column enhances our understanding of the fate of methane bubbles during their ascent from the natural seeps. In order to have maximum duration of uncorrelated bubble images, we set up the sample rate as slowly as possible (24 FPS) and run the system at the seabed level and at different heights above the sea floor. The calculated volume data from the HD images will then be employed to estimate the volumetric flow rate of rising methane bubbles. In addition, a major objective is to determine the hydrate formation time of methane. We plan to capture high speed images of rising methane bubbles at heights from the seabed to five meters above the seabed with one meter increments and then carefully look for the transition stage of bubble surface through their wobbling behavior in order to detect hydrate formation. The high-resolution images with the stereoscopic imaging system during this Falkor cruise will not only show us the underwater dynamics and physics of methane bubbles but will also provide information to better comprehend their environmental impact. 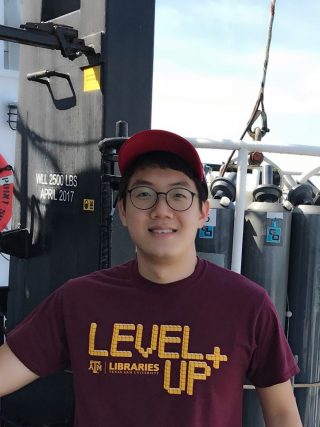 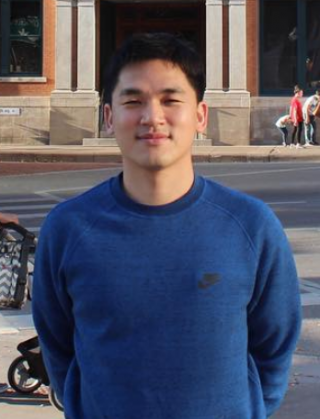