At first glance, my day-to-day routine onboard the Falkor does not appear especially scientific in nature. Every morning, with the reflection of the sun glistening on a blanket of calm ocean waters, I pump roughly 2.5 gallons of water through a hole with a diameter about 10 times smaller than that of a human hair. Then, I camp out in the Science Control Room, which feels quite literally alien on a ship that would otherwise serve as perfect inspiration for a modern-day revival of the musical South Pacific. Surrounded by monitors beaming deep sea scenes from half a mile below the ship, we spend long moments of marveling at the marine landscape, then periodically punctuate the time with a flurry of gasps, squeals of excitement, and jumping out of chairs each time we find a stunning new plume of bubbles streaming out of the seafloor.

Step By Step
We collect animal samples and sediment cores from the seafloor, then against the black background of the dark sea, the marine snow (white particles of bacterial and planktonic debris that float motionlessly in the water) paint an image of Star Wars-esque warp speed as the ROV begins its rapid descent up and out of the water. I then take a core of sediment, slice the core into marked depth intervals, and freeze each slice at -80 degrees Celsius (-112 degrees Fahrenheit).

The Importance of Small Things
While my work on the ship lacks the colorful test tubes and the explosive chemical reactions we often think of when we imagine what science looks like, the exciting part of my water and mud is, in my opinion, far more brilliantly colorful and visually spectacular – the only problem is we can not see it with the naked eye! The aspect of these samples I am referring to is all around us – on our skin, in our food, and in the air. What I am talking about here are the powerful tiny machines that shape much of our world. Have you guessed yet? The ubiquitous element in our lives and on planet Earth that I am describing are microbes. Microbes tend to get a bad reputation; we often think of them as germs or pathogens, microscopic agents that can cause nasty infections, painful diseases, or even death.

Yet, for the subset of microbes that cause humanity grief, there are folds more that help keep us and our world going in ways that scientists are only just starting to understand. The microbes that those of us aboard the Falkor right now are especially interested in are those that are capable of transforming the chemistry of their environment. This is especially enticing for me (as a biologist interested in the evolution of macroscopic life on our planet and the potential for life elsewhere in our solar system) because microbes capable of changing the rates of chemical reactions and driving the flow of biologically available energy to new parts of the world also confers the ability to transform the widespread habitability of an environment for other types of life. These microbes are often called ‘extremophiles’ for their expertise in thriving in what we would otherwise consider uninhabitable environments. However, in a lot of ways, I think that we are the real extremophiles—without the hard ongoing work of these robust creatures from the past 3 billion years, our world would still be the unlivable, toxic ball of rock it was before life emerged. 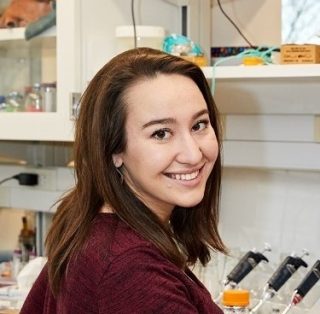