The Mixing Up the Tropical Pacific cruise is focused on obtaining data that reveals small-scale mixing in the central equatorial Pacific. To do this, the team is creating a time series using relatively shallow (500m) CTD and LADCP casts. These instruments are deployed every three hours to capture temporal changes in temperature, salinity, and current magnitude/direction. Each cast takes roughly 40 minutes and provides a snapshot of the aforementioned conditions. However, when these measurements are compiled over days of constant monitoring, the vertical mixing processes within this 500m region become very easy to visualize. Such is the beauty of time series measurements! This style of ocean monitoring requires the Marine Technicians and scientists to be available 24/7 to conduct CTD casts and data processing. To accomplish this, the Marine Technicians and science party are split into two 12-hour watches, ensuring all needed hands are available around the clock for operations.

A Marine Technician (MT) ensures that all oceanographic instrumentation is functioning properly and that deployment and recovery operations remain on schedule. Myself and an MT known as ‘Jimbo’ (along with other less fortune members of the science party) have been given the honor of working the late shift from midnight to noon.  This is my first experience working overnight at sea, but despite the stigma associated with night work I have found it to be quite pleasant.  Although it takes a few days to adjust, I seem to be more productive in the wee hours of morning when there are fewer distractions and a slightly calmer atmosphere.  Amidst the regularly-scheduled CTD casts, I have had several opportunities to improve my “MT troubleshooting” skills. The work is often accompanied by interesting discussion with fellow night workers about everything from equatorial currents to our favorite breakfast sausages.  Other night shift benefits include unimpeded laundry room access, better WiFi connection, and nobody in the crew mess to judge your eating habits.  Above all, the sunrises have been awe-inspiring the last few mornings.

Despite the typical laid-back theme of night watch, the last couple mornings have been particularly eventful. The data from our CTD casts was looking a bit “fuzzy”, especially on its way down passing 100-200m. There are many things that could cause this issue; were the pumps not working for the temperature and conductivity sensors? Was the weight not evenly distributed on the carousel (the white, cylindrical housing for our instruments)? Was the ship rolling too much? We began our troubleshooting efforts by checking all the cables and reconnecting each input and output on the CTD.  We also redid the CTD cable termination, which essentially means cutting the cable so that a fresh end is exposed. This is important as the real-time data passes from the CTD to the science control room via this cable. Problem solved? Not entirely…  The data was looking better but there was still room for improvement.

Once the MTs eliminated any electrical issues, we moved on to the carousel itself.  One thought was that the carousel wasn’t descending fast enough through the water column, so Lead Marine Technician Colleen and Student Opportunities Intern Julianna added extra weight to the frame. MT Jimbo and I removed the large water-sampling bottles, in case they were adding extra drag. So we eliminated electrical issues, and then carousel instability, and STILL no progress…

As Jimbo and I sat, defeated, in the science control room wondering what was going on, Dr. Eric Firing proposed the eventual solution to our problem.  He theorized that the carousel was being heavily influenced by the rolling motion of the ship, which was causing the carousel to heave up and down creating turbulence in the water. This turbulence could affect the water temperature and mess with the pump mechanism in the sensors. Dr. Firing’s solution? Have Falkor

move forward at about one knot while the CTD collects data, thus reducing its up-and-down displacement from the ship’s rolling. This also ensures that the carousel doesn’t get pulled back through the same parcel of water that it just sampled. The solution was simple and surprisingly effective, yielding high quality data on the very next cast!

The rest of that shift was a piece of cake thanks to a few minor tweaks and moments of genius from the science party, and an amazing sunrise shortly thereafter. We are all resting easy now in the MT department, as the data is looking fantastic and another day at sea is in the books! 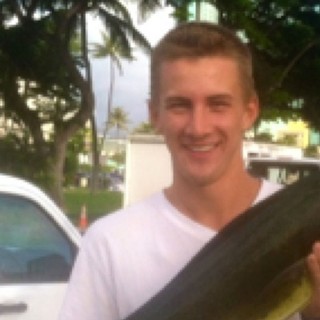