Before the advent of modern oceanographic instrumentation, scientists possessed only rudimentary ways of exploring our oceans. Surface currents could be inferred from their effect on ship’s tracks, and from the net drift of floating objects released at one location and found much later at another, like a message in a bottle from another place. Tracking drifting objects is still an important technique, but now the objects are carefully designed floats with drogues, and they are tracked using satellite navigation and communications. During the last 50 years, many instruments have been developed for measuring currents at all depths, not just at the surface.

From past to present

Scientists aboard Falkor have been measuring the small scale structure of currents and water properties (temperature, salinity, oxygen, etc.) for the last few weeks. On previous cruises the science party has worked in the western Pacific, but Dr. Richards and his team wanted observations from the central Pacific for comparison—are the small-scale structures as prominent there as they are in the west?  The present El Nino episode, however, has introduced a wrinkle in their plan: it has shifted western Pacific current patterns and water properties to the central Pacific.  No matter—there still is plenty of questions to address about the causes and evolution of the small-scale structures under western Pacific conditions, so the new observations are welcome.

Although the focus of this cruise is on water above 300 meters, flow in the ocean is continuous and extends to all depths. Like a detective doing a background check on a criminal, we cannot rely on surface information only; there is a need to sample the deeper ocean to get the full story. When the deep currents in the equatorial region are measured, a complicated pattern of alternating eastward and westward currents below the thermocline appears, extending most of the way across the Pacific basin (nearly from New Guinea in the west to the Galapagos Islands near South American in the east).

Many instruments have been developed to measure ocean currents as they vary with depth, giving a vertical profile of the current. These instruments use various techniques, including electromagnetic induction (motion through earth’s magnetic field), acoustically tracking an object as it falls and rises through the water column, and most commonly Doppler sonar (ADCP).

As mentioned in previous blogs, the ADCP (Acoustic Doppler Current Profiler) transmits pulses of sound to measure how fast acoustic scatterers are moving relative to the instrument. Dolphins use their sonar to locate objects, while the ADCP uses narrower beams of sound not to locate individual fish, but to measure the motion of small acoustic scatterers (mainly zooplankton and nekton, such as tiny fish) within each sequence of water volume measured by the instrument. These scatterers are found concentrated in distinct layers that aggregate near the surface to feed at night, and then descend to varying depths during the day to avoid predators. With the high-frequency sonars available on this cruise we are observing only the shallowest of the layers.  During the day the scatterers are so sparse in the upper 100 meters that our sonar is barely able to find enough for its measurements. During the day the ADCP’s range of operation drops to 30 meters but grows to about 70 meters at night.

On the surface of the ocean there is a mixed layer that can range from a few meters to tens of meters. The science team is looking under that layer, where mixing still occurs, but at slower rates. This mixing is a result of the vertical shear (the change in currents with depth) overcoming the stabilizing stratification of the water (lower density water overlying higher density). Small scale motions contribute to this mixing adding shear to that from the larger-scale currents, until there is enough to kick off mixing events. Unfortunately, we don’t yet have a good picture of what causes these small scale motions, what controls their intensity, and how they vary. The time series and north-south transect data collected over the past few weeks with the CTD and ADCP may help to solve the mysteries that still lie amongst the many layers of the ocean. 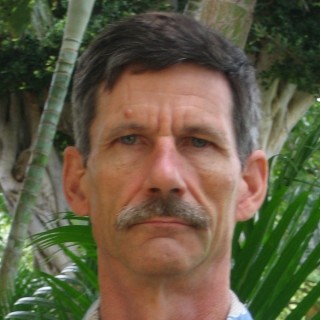