And just like that, three weeks has come to an end. As the science team starts to pack up their equipment and explore the data collected, they get their first taste of the water profiles for this region. It seems like just yesterday we were leaving Majuro, Marshall Islands, to begin an 11-day time-series at the equator, but the time has gone by in the blink of an eye.

The timing of the winds

The timing could not have been more perfect for this expedition, which has given the science team a glimpse of mixing activity in the central equatorial Pacific during strong El Niño conditions. The fact that we are in El Niño is good because there have been solid westerly winds that have generated some of the conditions that the team has observed.

Dr. Richards, and his science team have completed similar work in the western equatorial Pacific region. However, this is their first time moving eastwards, and if the team sees similar trends in the data, then they will continue to move further in this direction with future work. So far, the profiles collected from 155 CTD casts with the LADCP are indicating that indeed there are similar mixing patterns to those found in the west. Dr. Richards explains, “We are seeing small vertical scale features in the shear present here and perhaps even stronger than in the west, giving an indication that these features are important in turbulent mixing.”

The features that Dr. Richards alludes to are produced by a combination of factors including wind blowing across the surface of the ocean. The wind not only generates surface waves that you see on top of the water, but also produces internal waves that propagate downwards and towards the equator. Through an amalgamation of spatial and temporal sampling of the ocean, the team has been able to capture one of these waves as it descends through the thermocline.

The next step for the science team is to run numerical models with some of the observed winds to cross check with the data collected. The team thinks that the water profile features they are seeing may have been created with one of the westerly wind events earlier in July. These westerly winds are synonymous with El Niño conditions. The scientists will run models and compare the characteristics of the waves in the model with what they are observing in the data, to see if they can conclusively ascribe the conditions to this particular wind event.

To gain confidence in the models, the scientists will run them with different conditions. Information gained from previous cruises will also help relate the structures observed in the data to get an estimate of the strength of the turbulence. Using a model under different conditions, the observed conditions can be contrasted with expected activity.

The bottom line is that there is a strong indication that ocean mixing is taking place… and that makes the science team happy.  “Using these measurements we can devise a sampling strategy that will capture these features on future cruises to further examine the role between the state of the small scale features and ocean mixing” said Richards, who is already thinking forward about the possibility of moving sampling further eastwards.

The ultimate goal is to use these and similar data collected from future cruises to improve how mixing is represented in climate models, leading to better models of the El Niño Southern Oscillation. These small scale processes have a large impact on broader ocean movement and conditions, this is why the science team has studied them… and why it’s the small things that count. 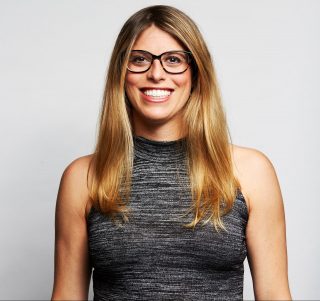