Greetings from the South Pacific! My name is Sally Jarmusz, and I am very fortunate to be one of two Student Opportunity Participants on board the R/V Falkor for the December 2017 – January 2018 transcruise (transit + research cruise). I am grateful for the opportunity to participate in mapping the eastern part of the Ellice Basin’s seafloor, which is in the Phoenix Islands Protected Area (PIPA) in the South Pacific. This will be the first of several blogs, where I will primarily be discussing the research and operations on board from a student perspective. I will focus this particular blog on giving you a little background on myself, the research that will be done, and what we hope to accomplish on this transit cruise.

First Introductions
You might be curious to know a little more about me and how I came to be on this wonderful research vessel. Just a couple weeks ago, I was taking my final exams at Maine Maritime Academy, where I am currently a junior studying Marine Science/Small Vessel Operations. Next semester, I will begin tackling my independent senior research capstone project, using everything I have learned in the past three and a half years to develop and conduct my own scientific research. When I graduate, I hope to combine my love of science and boating to work on board research vessels, helping to unravel the mysteries of the ocean world through hands-on involvement. My passion for the best of both worlds, sailing and science, led me to apply for the Student Opportunity Program on board the R/V Falkor with Schmidt Ocean Institute, where I am excited to learn as much as I can about the ship and the research operations and processes on board.

Unmapped Regions: The Ellice Basin
Firstly, I encourage you to check out the wonderful article included with my blogs, “Filling the Gaps: Mapping Ellice Basin,” which gives an excellent background on the research that will be done on this cruise. The R/V Falkor will endeavor to unveil a seafloor area that is cloaked by the ocean that lies above it, using sonar mapping to paint high resolution images of unmapped regions of the Ellice Basin.  The bathymetry data obtained should reveal the fracture zones and abyssal hills formed by seafloor spreading, a process where molten magma rises to the surface to form new crust and rugged underwater bathymetry. The hypothesis is that mapping part of the unknown eastern region of the Ellice Basin will illustrate that spreading in an approximate east-west direction formed seafloor between the previously connected Ontong Java and Manihiki Plateaus.

Why Is This Research Expedition Important?
Understanding the processes behind seafloor spreading allows us to understand how the major land masses we know today came to be formed. The tectonic plates beneath us are constantly shifting – mostly without our knowledge – but sometimes with intense force, causing natural disasters such as earthquakes and tsunamis.  Undersea internet cables that run along the ocean floor are particularly vulnerable to plate movement, and tectonic activity has the potential to disrupt these cables that connect us with the rest of the world. Seeking to understand a small aspect of this plate movement (such as how two small plateaus came to be split apart) contributes to the bigger picture: understanding how tectonic activity impacts us as well as shapes the land masses, ecosystems, and environments around the world. 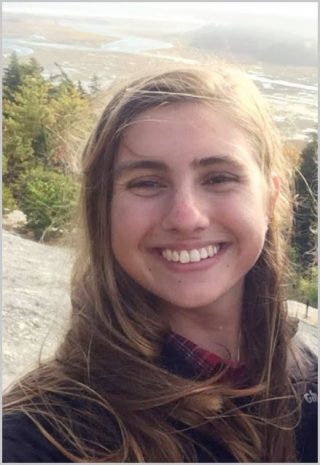