Although iron is the focus of our Loihi Expedition, a number of other measurements are being collected during our cruise as we hunt for Loihi’s hydrothermal plume. You might be asking yourself “If the focus of the cruise is to collect iron data, why measure anything else?” However, as scientists our goal is to tell a robust scientific story; and with any story: the more details, the more convincing the story!

One of the additional parameters collected is nutrients. Nutrients are collected because vent fluids, like those found at Loihi Seamount, are often enriched in metals and other dissolved elements like nutrients. This enrichment happens as seawater circulates through the earth’s upper crust and reacts with the surrounding rocks picking up metals and other dissolved elements. As the fluids are heated by the hydrothermal activity, they rise and are transported in the buoyant hydrothermal plume we are trying to hunt down.  For example, the nutrient Silica can be found in hydrothermal vent fluids at concentrations 20 times greater than the background seawater. As the hydrothermal plume rises and spreads out, the Silica signal starts to weaken but it is still many times greater than silica concentrations we would expect at these depths. Therefore, increased silica concentrations found with increased iron levels further solidify the fact that we are sampling from a plume. Like iron, the higher the silica concentrations are, the closer we are to the vent that is leaking this hydrothermal fluid.

While investigating the nutrient signature in the hydrothermal plume, it is important to first know what a typical nutrient profile in the ocean looks like, so we can identify any abnormalities that may be caused by the plume. In the waters surrounding Hawaii, the photic zone (the zone where sunlight is available for photosynthesis) reaches around 140 m below the surface. In the photic zone, photoplankton use sunlight along with carbon dioxide and nutrients to grow. Because so much photosynthesis is occurring in this zone, nutrients are drawn down to extremely low concentrations. However, below the photic zone, no more photosynthesis is occurring and as phytoplankton are recycled, their nutrients are released back into the water column.  By around 1000 m, most of the nutrients have been recycled and added back to the water column. Therefore, in depths greater than 1000 m, which is where we expect the hydrothermal plume, nutrient concentrations are expected to be pretty constant.

As talked about in earlier blog posts, the Niskin bottles on the CTD rosette sample at different water depths around Loihi Seamount collect water samples throughout the hydrothermal plume. When the water is brought back onto Falkor, nutrient samples are collected from each of the depths. Water samples for nutrients are filtered to remove any living plankton. If they are not filtered, the plankton could continue to use up the very nutrients we are trying to measure and change our samples! Samples are then frozen until analysis for major nutrients including phosphate, silicate, nitrate, nitrite and ammonium.

Lots of critical, time sensitive measurements are made in the ship’s wet laboratory. Since nutrient measurements are not time sensitive, they can wait until we get back to land. In the meantime, we will patiently continue to collect nutrient samples and wait to see how the nutrient story unfolds. When all is said and done, nutrient concentrations will be just one of the many details that will go into the scientific explanation of Loihi Seamount and the mysteries of its hydrothermal plume. 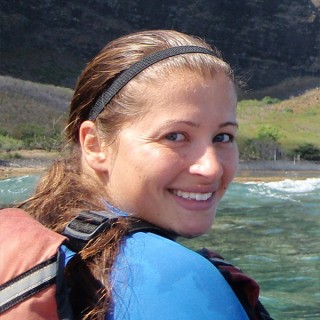