Last evening Falkor made the turn around South Point, Hawaii Island, and a couple hours later we arrived at Loihi Seamount.  This is my fifth expedition to Loihi, and a trip that I have been looking forward to for many years.

This cruise is especially exciting because we are focusing on the unexplored reaches of the Seamount’s deep base. Mauna Kea on the Big Island is the tallest mountain on Earth (taller than Everest) when measured from the summit of the highest peak, down to the sea floor. For the next few weeks, we will be poised to spend more time exploring the base of this volcanically-active Seamount than previously ever spent before. The sheer mass of Hawaii, the well-characterized vent sites at Loihi Summit, and the tantalizing glimpses that we have had of the base, make for this to be an exciting expedition! The science team eagerly awaits results of our first samples of the unknown to fill our knowledge about how this Seamount interacts with the ocean around it.

The volcanism that has constructed the Hawaiian Islands as we known them (AKA the Hawaiian-Emperor seamount chain) has been driven by interaction of the Pacific plate with a plume of magma rising up from below. The Hawaiian hot spot has been estimated to be over 500 km wide and up to 2000 km deep, with a temperature of ~1500oC. All that heat from the Earth’s interior does more than just create beautiful islands.

The hydrothermal environments at Loihi Seamount serve as an ideal natural laboratory for studying aspects of geology, chemistry, and biology, what we hope to do on this trip.  Heat energy from the Earth’s interior warms basalt rock that interacts with deep sub seafloor circulating seawater, and alters its chemistry.  The changed fluid rises back to the seafloor, and microbial communities take advantage of the chemical energy. In this case, iron-oxidizing bacteria leave ferric oxyhydroxides behind by growing & producing rust in the process! In other words this bacteria eats the iron, and poops out rust. The synergetic relationship between fluids, rock, and microbes results in visually striking vents and microbial mats at the seafloor and within seafloor rock. Ultimately, the rust that the bacteria leave behind may even be preserved in the rock record, helping us learn something about earlier times on Earth. This also allows us to speculate about potential for such geological-chemical-biological relationships on other planets like Mars and Europa.

The active volcanic crater named Pele’s Pit, rests at the summit 1100m below the sea surface, which intersects an oxygen minimum zone. This means that the area is relatively low in oxygen and provides optimal conditions for iron-oxidizing bacteria to thrive.  In contrast to the warm, actively venting habitats at the summit, we have also located a new ultra-diffuse hydrothermal field at the base of the volcano in 5000m water depth (which of course has been named FeMo deep – Fe, the chemical symbol for Iron!). On this expedition, we will compare and contrast between the summit and deep sites.  We hypothesize that the cold, deep mats found at FeMO Deep are a microbially-controlled genesis of geologic-scale iron deposits similar to umbers found in rock records.  Over the course of several dives with AUV Sentry, we will use a variety of analyzers, samplers, and data recorders to collect as much information about our sites as possible.  Days are long, and the schedule is busy, but we hope, very rewarding.

Check out some of the underwater footage from previous cruises: Loihi Sumit and FeMO Deep 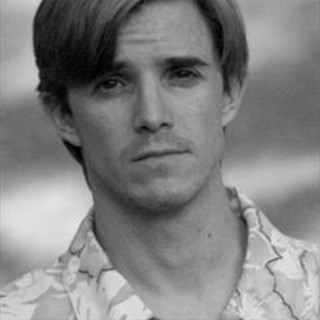