The ‘Visioning the Coral Sea’ expedition has provided an unprecedented look at the habitats and biology of the deep Coral Sea. This huge oceanic wilderness contains many large atolls, most of which are virtually unexplored. In fact, the only reef that has been explored in any detail, at least beyond a depth of ~150 m, is Osprey Reef. Consequently, this expedition has greatly expanded our knowledge of the ecosystems occurring in the deep Coral Sea.

One of the aspects of ecology that most interests me is how communities change along environmental gradients, particularly depth. The underwater environment changes dramatically with depth, with steep declines in light irradiance and temperature from the surface to the deep sea. Light irradiance declines exponentially with depth, so even in the clear waters of the Coral Sea, light irradiance at a depth of ~60 m is only around 1% of surface irradiance. Not only is the total amount of light lower at depth, but there is also a narrowing of the spectrum of light – only blue/violet light can penetrate to these depths. The dim, purple light in these habitats has led to the mesophotic zone sometimes being referred to as the ‘twilight zone’. The steep decline in light irradiance clearly presents challenges for photosynthetic organisms such as corals, algae, and phytoplankton.

The ‘mesophotic’ zone is generally considered as the habitat occurring from depths of ~30-150 m. In recent years there has been recognition that the mesophotic zone can be further divided into the ‘upper mesophotic (30-60 m depth) and the ‘lower mesophotic’ (60-150 m). The upper mesophotic generally supports relatively similar benthic communities to shallow reefs, with a relatively high diversity of hard and soft corals. At ~60-70 m depth, benthic communities rapidly transition to a distinct ‘mesophotic’ fauna, dominated primarily by heterotrophic taxa (particularly octocorals) and only a handful of hard coral species specifically adapted to this low-light environment. This ‘lower mesophotic’ zone is largely out of reach using conventional scuba diving and requires either highly specialized diving equipment and divers (closed-circuit rebreathers) or robotics. For this reason, we previously knew very little about the lower mesophotic ecosystems of the Coral Sea.

The most exciting aspect of this expedition was ability to explore a wide range of lower mesophotic coral ecosystems in the Coral Sea. What these surveys revealed was that the Coral Sea contained a wide variety of habitats; from steep walls dominated by azooxanthellate octocorals (often called gorgonians) to more gently-sloping habitats dominated by a high coverage of hard corals, even in depths >100 m. These fields of hard coral, dominated by the genus Leptoseris, are known from places such as Au’au Channel in Hawaii, but had not been observed previously in the Coral Sea. From here, we can use the information collected by ROV SuBastian to start to understand the factors causing these marked differences in mesophotic communities in the Coral Sea. In turn, this information can hopefully assist management by providing a greater understanding of the diversity of habitats on the reefs of the Coral Sea. 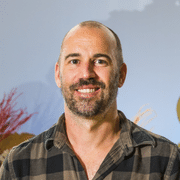