Observing Seafloor Methane Seeps at the Edge of Hydrate Stability

As the R/V Falkor passes Cape Disappointment back into the mouth of the Columbia River, with Astoria rising in the background, I reflect back on our 21 days at sea. And what comes back to me the most is I never knew there was so much that can be studied about bubbles.

I have studied animals at seeps on most of the United States continental margins and looked at meiofauna to the megafauna. It had never occurred to me that there were scientists out there doing the same for bubbles. But thanks to the work of USGS, Schmidt Ocean Institute, and our partners at the British Geological Survey, GEOMAR, and the University of North Carolina-Chapel Hill, I’m getting to see just how much can be done with these bubbles.

Seep Science to Scale
We have really done something impressive here with these seeps. It is pretty rare that a group of scientists can combine so many disciplines to study this specific type of environment in so many ways.

And the best part of this is that we are creating this incredible dataset that will be able to be scaled from an individual seep to entire regions. We will be able to use our work to predict habitats based on profiles of plumes and associated seafloor characteristics and then apply that all across the U.S. Pacific margin, and maybe even in the Atlantic too.

Personal Focus
This has been a truly rewarding experience for me. I have never had the opportunity to focus on a habitat system so intricately. Our Astoria Canyon 500 site is the perfect example. We’ve mapped the heck out of it; I do not think there is a square inch that Bill and the Falkor have not scanned and rescanned with the multibeam sonar.

Plus we have been able to spend 12 hours here, then revisit the site to see what has changed a few days later and investigate how the seeps behave at different times of day, thanks to the Gas Quant, Bubble Box and UNC Landers.

Last but not least, we have been able to observe the animals that live here too, throughout the day and across multiple days, to see who is here, where they are living, and what they are eating.

Next Steps
So what’s next? Well, quite a lot of lab work, that is for sure. Thanks to Falkor’s facilities and wonderful ROV team, we have been able to collect a tremendous array of samples, from gas to clams to rocks. Now we will be taking that back to our various labs and analyzing the samples to answer critical questions.

For example—What created the system that fuels these seeps? How does the methane migrate through the sediments to be emitted at the ocean floor in the first place? Nancy and Diana’s work will tell us the history of these rocks and sediments. If Tamara finds more helium, that might indicate that some of these seeps include gas from deep in the zone where two tectonic plates interact on this margin.

Another question is whether chemical and biological processes work differently at the seafloor than when the samples are in the lab? Howard and Adam’s experiment at the seafloor is the first time we have been able to measure the rate of a bacterial process important for methane dynamics at the actual pressure, temperature, and environmental conditions at which they actually occur.

Finally, how are seeps connected to the broader ocean ecosystems? We have seen in the Atlantic and Gulf of Mexico that seeps create extensive ecosystems, composed of a diversity of habitat types, including bacterial mats, tubeworms, clams, and authigenic carbonate, and by expanding on previous research in the region, we have confirmed that in a big way here in the Pacific. However, the degree to which these benthic habitats interact with the water column in terms of transferring carbon, or energy, to mid-water organisms, such as pelagic fishes and invertebrates, is unclear.

For instance, do creatures living in the mid-water column descend to feed on the communities around the seeps, then swim up to the feed on the surface communities? If so, then that means the nutrients created at these deep seeps may well end up playing an important role near the surface too. This would have significant implications for overall ocean health.

Going Forward
It is important to remember that not that long ago the seafloor was thought to be an empty abyssal plain, devoid of life and features. If you have followed along during SuBastian’s livecasts, you have seen how wrong that perspective is. The more we map and study the seafloor, the more we find out just how full of life and activity it is.

In fact, in just the last five years, we have discovered hundreds of these methane seeps on the U.S. Atlantic, Pacific, and Gulf of Mexico margins. How important are these seeps in the overall biological activity of the ocean? How do the seeps tie into the geologic forces that move our planet? These are the questions that we have sought to address on this cruise with Schmidt Ocean Institute and on past cruises with other partners.

I hope you have enjoyed following along as we have discovered new seeps, rediscovered old seeps, and gathered staggering amounts of new data. We have years of work ahead of us, but thanks to the support of Schmidt Ocean Institute and all of our collaborators here, we have had a great start. Thank you to the wonderful crew of the R/V Falkor and ROV SuBastian, and thank you to Schmidt Ocean Institute for enabling this incredible research opportunity. 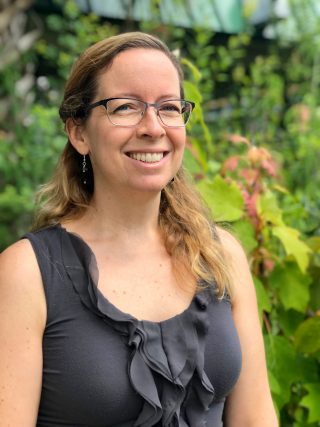 WaterWord of the Day: Methane Seep

WaterWord of the Day: Methanogen

The Secret Life of Bubbles

WaterWords of the Day: Continental Margin

Source of the Seeps

WaterWords of the Day: Methanogenesis

WaterWords of the Day: Authigenic

WaterWord of the Day: Bathymetry

Bringing the Lab to the Field

WaterWord of the Day: Foraminifera

WaterWord of the Day: Benthic Zone