R/V Falkor is sailing above the Sumatra trench, filled with structures ready to trigger earthquakes and tsunamis. A key question to develop hazard mitigation strategies is to discover how often those structures break. Some of the clues to answer that question come from unexpected sources.

A group, led by Dr. Kerry Sieh and including scientists from EOS, LIPI and Caltech, has been searching more than 15 years for answers. Looking for the trace of past-earthquakes, they try to determine how strong and how frequently earthquakes can take place along this plate boundary, but there are no written records that could report earthquake occurrence.

Along the Sumatra subduction zone, and particularly in the Mentawai archipelago, the team is looking for a special marker of earthquakes: corals!

Not just any coral

Indeed, some corals, called micro-atolls, have the particularity to grow all the way up to the sea surface, their upper flat top constituting a marker of the sea level at the time of growth.

How are corals and earthquakes linked? The Sunda and Indian plates are continuously converging, but the two plates can get locked at the plate boundary. When the accumulated stress is strong enough, an earthquake has to take place in order to release it. As the two plates slide against each other, the upper-plate is free to come back at its initial position and is consequently suddenly uplifted. This alternation of subsidence and uplift stages is known as the seismic cycle.

The Mentawai islands offer us unique characteristics to facilitate the reconstruction of earthquake history here. They sit above the locked part of the subduction zone and are located between the tropics, which enables them to grow coral micro-atolls. By studying the shape of the corals, we can infer what has been going on in the past.

By studying micro-atolls along the coasts of the Mentawai islands, Dr. Kerry Sieh, Dr. Belle Philibosian and colleagues were able to discover the trace of earthquakes as far back as 465 BC!

They showed that at the Mentawai islands, the subduction breaks every 200 years in multiple big events of a magnitude between 7 to 8, like the 1797 and 1833 historic events of the last cycle. In 2007, a sequence of earthquakes in the Mentawai announced a new cycle, but enough stress to produce a Mw 8.8 earthquake is still to be released.

The Big One is yet to come

A peculiar micro-atoll, found on Pagai Island is suspected to be proof of a previous tsunami earthquake and its study indicates that the 2010 Pagai tsunami earthquake, even if it generated considerable destruction, is unfortunately not the big one and stronger earthquakes are to be expected in the coming years.

As corals do their part to reveal earthquake and tsunami history, R/V Falkor continues to acquire high-definition data to locate and study possible tsunami generating sources and their strength, which will help better estimate tsunami hazard along the Mentawai and Sumatra coasts. 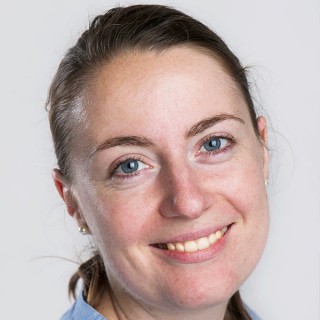