This past month the movie San Andreas, starring Dwayne “The Rock” Johnson was released in cinemas worldwide. The movie speculates on the catastrophic events that could take place if the San Andreas Fault in California was to rupture. Although undeniably entertaining, the science in the movie has its faults…..sorry. For example, a strike slip fault on the continental crust is not going to cause a large tsunami, like the one pictured.

In light of this recent film, we have put together our own what if scenario regarding a future earthquake and tsunami in the Mentawai islands. This scenario is based on a report conducted by EOS and LIPI, so it is a lot more accurate than San Andreas….although unfortunately it does not star The Rock!

In 2009, a Mw earthquake struck near the Mentawai islands, causing intense shaking, damage and loss of life in the islands as well as the mainland coastal city of Padang. Although a tsunami warning was issued, the earthquake did not cause a tsunami. The earthquake occurred at depth, on a fault 85km below the sea bed, leading to little uplift on the sea floor and therefore, no tsunami.

Imagine a scenario in which a shallower and higher magnitude earthquake occurs in the same area as the 2009 earthquake, causing a tsunami. What can we expect to happen?

How high would the tsunami be?

How high would the tsunami be? How far would it reach?

The height of a tsunami and the distance that it would reach inland can vary greatly along a coastline.  This is because offshore bathymetry and onshore topography can also vary greatly, offering different obstacles to the incoming mass of water. Exposed, low lying areas tend to be the places where inundation is greatest and it is common for water to advance several kms. Bathymetry can greatly affect wave heights, areas with steeper continental slopes are more likely to produce larger waves. It is likely that wave heights would range from 5-15 or more meters in the Mentawai Islands to 5-11 or more meters in Padang.

Would the first wave be the biggest?

Probably, but maybe not. The earthquake would cause multiple waves covering a time span of at least 3 hours. During this time there would be a few large waves (as well as several smaller ones), so the first might not always be the biggest.

Would the sea water recede before the first wave arrives?

Contrary to popular belief, the sea does not always recede before a tsunami wave arrives. This phenomenon known as “drawdown” only occurs when the trough of the wave arrives at a coastline first. If sea water does recede then the first wave would be expected in minutes, so it would not provide much warning and therefore should not be used as an early warning sign.

How likely is this scenario?

Padang has past experience with tsunamis: both the 1794 and 1833 earthquakes caused tsunamis which struck the city. The 1794 tsunami was so powerful that a 150-200 tonne sailing ship was swept 1km onshore.

Sieh et al, 2008 proposed that the 2007 earthquake in the Mentawai patch was just the first in a series of larger earthquakes in the area. This areas previous recent history with past earthquakes and tsunamis suggests that it’s just a matter of time until a scenario like this occurs.

In order to better prepare ourselves for a scenario like this we must conduct further research into the geology and geophysics of the area. The detailed seismic and bathymetry data we acquire on this expedition provides an excellent opportunity to learn more about the geological history of the region. By acquiring further knowledge about past events, we can better prepare ourselves for disasters in the future. 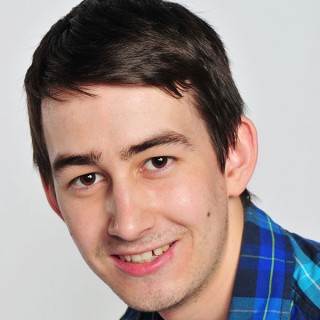